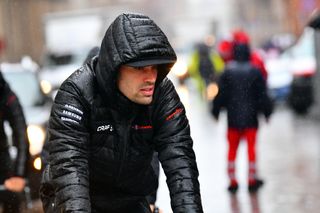 Jumbo-Visma's Tom Dumoulin suggested earlier this week that off the back of what is looking increasingly likely to be a 2020 season that extends into November, the cycling calendar could potentially shift forward a whole month, and then remain that way permanently.

"I think that every season should move on for a month," Dumoulin told Sporza.be. "In mid-November, the weather here in Belgium and the Netherlands is often still fantastic, while in mid-February we sometimes still get snow."

While the Dutchman stopped short of suggesting that the spring Classics should permanently become the 'autumn Classics' as a result – as they're likely to be this year as a temporary measure – Dumoulin proposed that riders could benefit from a later start to next season on the back of a late finish this year.

"If we now extend this season to November, we could start a month later in 2021, and then continue like that in the future," he said.

However, Belgian Circus-Wanty Gobert pro Jan Bakelants – and Dumoulin's 2019 Sunweb teammate – told Sporza on Thursday that he wasn't entirely convinced by such a proposal.

"The Ardennes Classics, in particular, currently coincide with the allergy season, which is something that I suffer from, but can do little about. Tom suffers from allergies then, too, so perhaps there's a hidden agenda behind his proposal," joked Bakelants.

"It will be interesting to see how running the delayed Monuments [Milan-San Remo, the Tour of Flanders, Paris-Roubaix and Liège-Bastogne-Liège] in autumn goes," he said. "Some riders suffer from allergies in the spring, while other riders naturally don't reach their peak until later in the year, so we could get very different winners in the autumn."

Regarding the seasons and their differing weather, Bakelants admitted: "It is often wet in Belgium in late February and early March, but can be very dry in late March and early April, which is much better racing weather.

"But then if you shift the season forward by a month, it could just as easily pour with rain in October," he suggested.

Israel Start-Up Nation sports director Dirk Demol – a retired Belgian pro – was far less diplomatic when asked about the idea of a change in the calendar.

"I'm not in favor of moving the season up by a month," the 1988 Paris-Roubaix winner said. "It's true that the weather is often bad at the beginning of the season, but it's good that the Classics are ridden in 'Flandrien weather'. We shouldn't only race in good weather, as there are still some riders who like the rain, wind and cold."