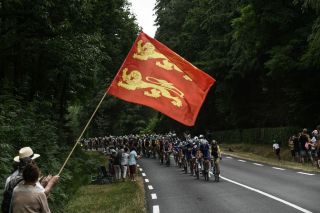 Tour de Normandie organisers have cancelled the 2.2 category stage race that was scheduled for March 23-27 in light of the French government's decree banning

The French government prohibited public gatherings of more than 1,000 people on Monday, when confirmed cases of Covid-19 neared 1,500. In response, Paris-Nice organiser ASO has blocked the start and finish of stages to the public, but the WorldTour race is continuing.gatherings of more than 1,000 people to fight the spread of the coronavirus Covid-19.

"Faced with the constraints imposed and the financial stakes for a voluntary association like ours, with the threat of even harsher rules which could be imposed on us before the start Monday, March 23, but also during the race week, the Tour de Normandie will not celebrate its 40th edition in 2020."

Arnaud Anquetil, president and organiser of the Tour de Normandie, said the situation was not tenable for his event.

"The 40th anniversary was to be a celebration, and without an audience there was no question of racing," he said.

The 2.2 race traditionally draws a number of Continental teams from around the globe and has earned a reputation as a difficult early season race. Anquetil said the event will be back in 2021 for the 40th anniversary edition.