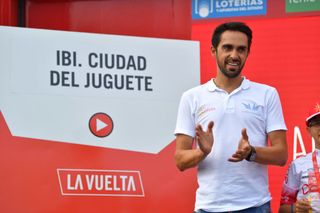 Contador's benchmark was not just beaten, but obliterated. McLaughlin completed the challenge – where riders accrue 8848 metres of elevation gain to mimic the world's highest mountain – in seven hours and four minutes, some 23 minutes quicker than the retired seven-time Grand Tour winner.

The ride was a huge leap for a record that has been regularly bettered as the challenge has soared in popularity during the coronavirus pandemic.

Contador himself took the record by a comparatively slim two minutes from EF Pro Cycling's Lachlan Morton, who was then just the third rider to go under eight hours.

"Massive news... and a clear indication that a sub-7 hours could be possible...!" was the response of Hells 500, which ratifies the attempts, to McLaughlin's ride.

McLaughlin currently races as an amateur on the domestic scene in Ireland, juggling his racing with full-time work in coaching but he used to compete at a higher level. He rode for the An Post-Sean Kelly team from 2008 to 2013, and represented Ireland at the 2012 UCI Road World Championships, alongside Dan Martin and Nicolas Roche.

On Thursday, he headed back to the same climb of Mamore Gap in Donegal, but decided to use a shorter 800-metre segment to make the most of the steepest 14 per cent section, which took his climb count over 80 but reduced his overall distance from 158km to 123km.

"The first attempt went far better than I could have imagined, I got through it a lot better than I thought I would, didn’t have that dreaded on-your-knees at the end, and being just nine minutes off the eight hour mark, I suppose within 24 hours I was thinking what I could do better to go under eight hours," McLaughlin told The Irish Times.

"Going for a steeper section, I’d nothing to lose, knowing I already had a good time, so I said let’s throw some caution to the wind. I had to do more laps, but cut the distance. Certainly, the first time, I was relatively comfortable for three-quarters, I started to feel it from the second hour on Thursday, with so little recovery time, the descent only being 40 seconds, then straight back into another five-minute climb. But whatever it is about me, I’m better at labouring over the steeper gradient, although it is much more painful."

With the possibility of a sub-seven-hour Everest now coming into focus, McLaughlin said he was trying to resist the temptation of going out there again.

"Never say never, but I genuinely think that will be my last blast at it."

McLaughlin has done his Everesting attempts to raise money for the Community Rescue Service, a charitable search and rescue organisation operated by volunteers from communities across Northern Ireland. He has so far raised more than £2,000.

Just a quick message to thank everyone for the lovely messages. I’m shocked, delighted, exhausted everything. For those asking here is the fund raiser work https://t.co/3SrUDNqpRaJuly 31, 2020