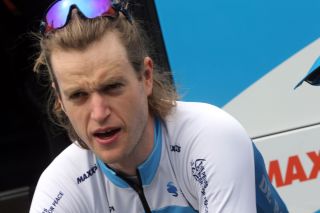 Irishman Conor Dunne announced that he will call an end to his professional cycling career after failing to find a team in the wake of Israel Cycling Academy's move to the WorldTour as Israel Start-Up Nation after taking over Katusha-Alpecin's licence.

Dunne was one of a large number of riders left seeking new employment after the merger. Zak Dempster, Roy Goldstein, and Ruben Plaza also retired from the Israeli team, while Simon Spilak ended his career with Katusha.

"I've been pretty quiet on my plans for next year, enjoying some time with my family and taking a break from everything. Next year I'll be hanging up the race wheels for good," Dunne wrote on Instagram.

"Racing bikes was an adventure I'll never forget, that I shared with so many incredible people. It's hard to say goodbye to something that has motivated/driven me for so long but now felt like the right time to put my energy into a new challenge and I'm so excited about what comes next.

"I'm proud of what I managed within the sport, most of the time I got an absolute kicking but every now and then I managed to win the odd race with myself and I feel I always gave all I had in the process. However it wasn't the races or results that I'll look back on (not that I have many results to look back on).. but its the people, places, experiences that will stay with me."

Other riders without contracts from the two teams include Ian Boswell, Dennis van Winden and Hamish Schreurs. Enrico Battaglin moved to Bahrain McLaren as one of the last Katusha riders to announce their new team for 2020.

Dunne, one of the tallest riders in the peloton, stood out as Irish national champion in 2018 before Sam Bennett claimed the title in 2019. He also earned a national title in the time trial in 2012, a stage of the An Post Ras in 2013 and the Rutland - Melton International Cicle Classic in 2016.