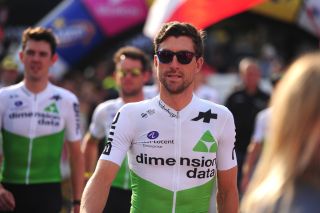 Bernhard Eisel has announced his retirement from professional cycling, putting an end to a career that spanned 19 years and more than 1,300 race days.

The 38-year-old Austrian rode for Dimension Data for the past four years but was searching for a contract for the 2020 season. Despite contemplating retirement towards the end of 2018, following a serious brain injury, he decided to race for another year in 2019 and then voiced his desire to race in 2020 and bring up 20 years as a pro.

However, two weeks into the new year, with the new season set to begin at next week's Tour Down Under, Eisel announced his decision to hang up his wheels, although he said he plans to remain involved in the sport.

"Having the opportunity to ride on some of the most prestigious teams in the sport, on the biggest stages of them all, has been an incredible privilege. I have made friends for life and travelled the world living my dream but it's now time to take the next step of my journey," Eisel said in a written statement.

Bernhard Eisel: The five races that changed my life

A hole in the head: Bernhard Eisel and the long fight back

Eisel acknowledged the role his brain injury had played in considering his retirement. Following a crash at the 2018 Tirreno-Adriatico, he was diagnosed with a subdural haematoma, which was said to have moved his brain eight milimetres off-centre and which required surgery.

Eisel returned to racing that July, before signing a one-year contract extension with Dimension Data and completing a full 71-day season in 2019.

"Our sport is an incredible one and has its obvious dangers, and in 2018 I suggered a major injury that could well have brought my career to a premature end," Eisel wrote. "Not everyone has the good fortune to retire on their own terms and so to have raced for a final season, loving what I do, sees me leave content and proud."

Eisel began his career with Mapei-QuickStep in 2001, spending two years at the Belgian squad before moving to the team now known as Groupama-FDJ for four years. In 2007 he joined T-Mobile and stayed as the team was sponsored by Columbia, HTC, and Highroad until they disbanded after the 2011 season.

During that time, he formed a strong relationship with Mark Cavendish and, after four years at Team Sky – where he helped Bradley Wiggins to Tour de France glory in 2012 – the pair were reunited at Dimenson Data in 2016, alongside Cavendish’s old lead-out man, Mark Renshaw. Eisel referred to the trio as the '3 Musketeers' in his statement.

"I’ve been fortunate over the years to ride for teams like Mapei, FDJ, Columbia/HTC, Sky, and Dimension Data, and can honestly say that it’s the people that make it the great sport that it is. There are many heroes in cycling who are never in the limelight but who all contribute in such a huge way, and it’s some of those shared experiences with those people that I will cherish forever," Eisel wrote.

"I am deeply indebted to my teammates, staff members, race officials and organisers, members of the media and fans for allowing me the space to have the privilege of working with you. Thank you, it’s been a great ride."

Eisel, especially during the latter years of his career, was a valued teammate and a respected road captain. He won 15 races over the course of his career, including Paris-Bourges and stages of the Tour de Suisse, Volta ao Algarve, and Tour of Qatar. His final win was also his crowing glory, when he outsprinted Sep Vanmarcke, Philippe Gilbert, and George Hincapie to win Gent-Wevelgem in 2010.

"I’ll cherish the racing memories, including riding the Tour de France 12 times (nearly one year in France), along with the Giro and Vuelta. The Grand Tours are the pinnacle and a true test to yourself and what this sport is all about – a team," Eisel wrote.

"But, as you know, I loved the Classics, too, and was lucky enough to have some success, to go with the fun that those challenges threw at us. Starting Paris-Roubaix 16 times, and finishing 16 times, is a stat that in particular I’m incredibly proud of. It’s a race that I absolutely love."

Eisel, who thanked his wife, children, and family "for the sacrifices they have made and the unconditional love and support", did not reveal what plans he has for retirement, but said he’ll remain involved in the sport in the future.

"In closing, I’m really happy to say that I won’t be leaving the sport and will be pursuing opportunities that will likely see me still engage with many of you, so I look forward to staying in touch."