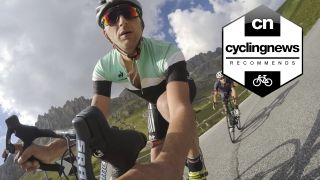 Action cameras have become a huge industry and now in 2020, they offer a wealth of features beyond simply being a small, waterproof and crash-proof camera that can be mounted to anything. With all these extra features, choosing the best action camera is now a lot more complicated.

Not simply video, action cameras feature a wealth of photo and time-lapse features as well as live streaming and GPS features so that whether you are on a family holiday or shooting a tv show, you have everything required to capture amazing moments.

While GoPro has been an obvious choice for a long time, it is now competing with the likes of DJI, Insta360 and Sony for the action camera top spot. If you do decide to get a GoPro, check out our guide for the best GoPro deals.

We have a look at some of the best options available in 2020 and have put together a guide with some of the key considerations to make when picking an action camera:

Skip to: What to look for in an action camera?

The 10 best action cameras you can buy today

The feature-rich, range topping option is the best action camera from the long-term market leader

GoPro is synonymous with action cameras, the new GoPro Hero 8 Black is its best action camera ever. Packed with features, it's at the forefront of what is possible from an action camera whether capturing action sports or vlogging.

Video quality has been upped thanks to Hypersmooth 2.0 and TimeWarp 2.0 as well as higher bitrates and 1080p live streaming. Photo quality has also seen a boost with an improved HDR mode.

While the form factor is almost visually identical to the previous three models, there have been some huge updates with the introduction of GoPro Mods. To meet the increasing demands of vloggers and home filmmakers GoPro's Mod features allow you to boost the capabilities of the standard camera. The most important Mod is a multi-directional mic with an additional 3.5mm external mic port for much better audio. The mic Mod features two cold shoe accessory mounts which can be used to attach a flip-up display for self-framing when talking to the camera or a 200 lumen LED light for dark conditions.

A two-screened alternative to GoPro, with great features and a simple-to-use interface

DJI are a big player in the drone market and are now making waves in the action camera market, vying for top spot with their feature-packed Osmo Action.

A robust exterior features a unique front colour screen which is makes framing simple when setting up shots, taking selfies or vlogging. This is combined with a video mode that will automatically detect faces to base exposure metering, which will make the Osmo Action an appealing option for those that frequently turn the camera on themselves.

The Osmo Action can shoot sharp colourful HDR footage up to 4k/60fps and DJI’s own RockSteady stabilisation technology does a great job of smoothing out vibrations. A responsive rear touch screen allows easy navigation of settings or video playback.

Modular design allows the One R to adapt to the action

Insta360 is a 360 camera company that isn't afraid of producing innovative products. The Insta360 One R is a modular camera that allows you to build a versatile setup suited to your shooting requirements. There are three lenses available for the One R - a 4K wide-angle lens, a 5.7K 360 module and a 5.3k Leica engineered 1-inch sensor unit - as well as options for bigger batteries, dive cases and drone mounts.

Insta 360 has also packed the camera with the performance that will match any competitor as well neat features such as wireless mic support for RODE Wireless GO and Apple Airpods for crisper audio or remote camera control from an Apple Watch.

The quantity of video and photo modes is almost overwhelming, most are probably overkill for basic action camera user however video makers that are willing to experiment and explore will be rewarded with features such as Auto Framing, Point to Track and Shot Lab transitions.

When GoPro launched the Hero 6 Black it received a mixed reception and cast doubts on GoPro's future at the top of the action camera market. GoPro's response was the Hero 7 Black and the naysayers were silenced.

An action camera suitable for those looking to create stunning footage with a less complex interface.

Image stabilisation
Non-removable battery
A significant downgrade from the Black

For most, the professional features of the Hero 7 Black will be overkill, this is where the GoPro Hero 7 Silver comes in.

Stripped of features such as Hypersmooth, ProTune and the myriad of recording modes that feature on the higher tier model, the slimmed-down Hero 7 Silver still produces beautiful stabilised 4k footage at 30fps and Wide Dynamic Range (WDR) photos.

The Hero 7 Silver offers the same rugged waterproof exterior and intuitive touch user interface as GoPro’s flagship model. The classic GoPro front status screen has been dropped instead relying on the rear touch screen, a range of beeps and LED flashes to let you know when it is recording.

A more traditional camcorder shape, with a built-in mechanical gimbal that is equally efficient in low-light

The Sony FDR-X3000R may have an unconventional action camera shape but this allows Sony to bring its Optical Steady Shot technology to the action camera world.

Optical Steady Shot counteracts camera shake using a gimbal mechanism that moves the whole lens and sensor to stabilise footage. This means that full 4k or 240fps slow-motion stabilisation is unaffected by difficult or low light, unlike electronic stabilisation.

Although only IPX4 splash and dustproof, Sony does include an additional housing that adds waterproofing up to 60 metres.

No longer at the top of GoPro’s range, the older GoPro Hero 6 Black may get a second life as a budget professional model if prices continue to fall. Combine Protune with its fantastic 4k/60fps video, low light capability and image stabilisation the Hero 6 Black can still produce high-quality video content whether you are sharing clips with friends or making documentaries.

The Hero 5 Session is both tiny and lightweight so even more portable and mountable than the rest of GoPro’s cameras. Combine this with high quality, stabilised 4k video capabilities and a 10mp camera the Session still produces great video and photos. It even has GoPro’s Protune feature, usually reserved for the Black models Protune allows you full control of exposure and colours in post-shoot processing.

Changing modes and settings are fiddly due to the basic button controls and small screen but if point and shoot is your style, the QuikCapture feature combines the power and shutter button to turn on and begin recording with a single press.

Although the DJI Osmo Pocket doesn’t offer the rugged exterior of an action camera, if you're looking for a camera to simply record the action rather than being a part of it the Osmo Pocket has a unique feature.

The Osmo Pocket is built around a three-axis mechanical gimbal that promises to put all electronic stabilisation to shame and produce smooth professional-looking footage. The gimbal has further party tricks in the form of ActiveTrack which follows a selected subject keeping them in frame and Motionlapse to create perfect panning time-lapses.

Unsurprisingly this spinning gimbal mechanism is not very robust and isn’t designed to be strapped to a helmet and ridden down a mountain in the rain. However, if you are looking for a pocket-friendly camera that can produce professional shots for vlogging then the Osmo Pocket is going to fair well.

While creating 360-degree content can offer both immersive virtual reality content or super abstract angles its actually the GoPro Fusion’s Overcapture and Max HyperSmooth Video Stabilization features that are the real selling points.

GoPro isn’t alone in the 360-degree camera market but the Max manages to pack a bunch of features, extra sensors and voice control into a classically rugged waterproof GoPro design making it appealing for hectic action sports and creative filmmakers.

What to look for in an action camera?

Pre-2006, filming action sports was very different. Bulky camcorders weren’t waterproof or tough enough and if you wanted a point of view (POV) action shot it would involve an element of DIY'ing to make mounts or harnesses. Now action cameras can be easily mounted to almost anything, record your adventures in 4K video with built-in stabilisation and be shared straight to social media.

The most important consideration when buying a new action camera is what you plan on using it for. While most cameras can record high-quality video and take photos, it is important to consider what other features are a priority. A wide array of video, photo, time-lapse and connectivity options as well as stabilisation, waterproofing and build quality make this decision more complicated.

Action cameras have been capable of shooting in full HD for a while now and many are now able to record 4k plus everything in between. If you want to record slow-motion action look for cameras with high frames per second (FPS) settings, 240fps will allow footage to be slowed down by 8x and even budget cameras will allow at least 2x.

With the rise in popularity of vlogging and producing video edits, high-end cameras offer advanced features to achieve the highest quality. Higher quality optics, stabilisation and audio make a huge difference to a video’s quality as well as the ability to record in advance log format. Log formats such as GoPro’s Protune or DJI’s D-LOG settings capture more data and allows greater flexibility when editing in post-production.

There have been several big advancements in stabilisation recently as camera manufactures try to smooth footage to make the content shot in bumpy environments more watchable. Optical stabilisation offers the best results however electronic stabilisation such as GoPro’s HyperSmooth are very capable of removing the camera shake effectively. Even budget cameras are starting to see the benefit of image stabilisation although do not expect the same results as the top of the range models.

A touchscreen is the most popular method of control and allows easier shot framing, menu navigation and video replay. However, touch screens are useless in environments that are very wet or require gloves, if you ride in all weathers it's worth considering whether important shooting modes are still accessible through buttons.

Most camera manufacturers offer a mobile phone app that allows remote camera control, video playback and uploads to social media. Some apps have editing features to combine clips and add music before uploading allowing quick edits to be shot, edited and uploaded without needing a computer.

Back to the top of the page.