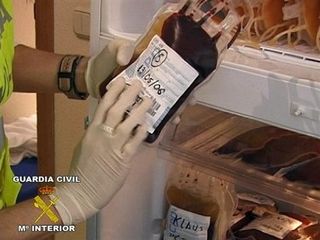 The World Anti-Doping Agency (WADA) has confirmed it managed to identify 11 athletes implicated in Operacion Puerto after carrying out DNA analysis on blood and plasma seized from the Madrid clinic of Eufemiano Fuentes in 2006. However, the legal statute of limitations means the athletes – 10 male and one female ­– cannot be identified.

Insidethegames.com and other media reported that the recently published WADA 2018 annual report confirmed the end of the WADA Intelligence and Investigations unit's investigation into the long-running saga.

WADA nearly done with DNA analysis of Operacion Puerto samples, but names will not be made public

Valverde: I shouldn't be asked about Operacion Puerto

Back in July it was reported that WADA had collected 35 different DNA samples from the 200 or so frozen blood and plasma bags seized from Fuentes' clinic.

After months of work from the organisation's Intelligence and Investigations unit, including the use of documents, police reports and expert interviews, the analysis has finally been completed.

"In total, 11 athletes have been identified through this process as clients of Dr. Fuentes," the WADA report stated. "However, due to the 10-year statute of limitations having elapsed, names can no longer be made public."

In the report, WADA noted the organisation's frustration at a "very limited and disappointing outcome" in not being able to sanction any of the athletes involved.

WADA investigators sought to compare the DNA profiles with those of control samples already stored in one of the WADA accredited anti-doping laboratories.

According to L'Equipe, WADA Chief of Investigator Günter Younger told the WADA Executive Committee in May 2018 that "seven athletes have been identified," including four active riders and three who had retired. The four underwent anti-doping controls between November 2017 and April 2018, but all results were negative.

Reigning world champion Alejandro Valverde (Movistar) is one of only three riders involved in the scandal who is still racing, and the only remaining professional rider who was sanctioned as a result of Operacion Puerto. Francisco Mancebo and Oscar Sevilla are the other active riders, with the pair racing in Japan and Colombia, respectively.

Valverde was sanctioned three years after the scandal erupted, with the Italian National Olympic Committee matching samples taken during the 2008 Tour de France with plasma seized during the raids. The Spaniard, who finished second at the Vuelta a España this year, returned to racing in 2012.

Rumours persisted that numerous names from football and tennis were involved, although no athletes from either sport were ever formally named.