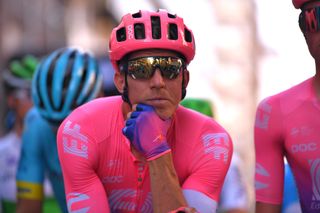 EF Pro Cycling's Sep Vanmarcke told the Belgian media this weekend that the death of 20-year-old Niels De Vriendt after what is thought to have been a heart attack at Saturday's Wortegem-Petegem practice race in Belgium "puts racing into perspective".

The race was stopped and cancelled after amateur rider De Vriendt, who rode for the VDM-Van Durm-Michiels-Trawobo CT team, fell soon after the start, and emergency services attempted to resuscitate him, ultimately unsuccessfully.

"This immediately puts racing into perspective," said Vanmarcke, according to Sporza.be. "Everyone now knows their place on earth again. We are not riders for a while, but just fellow human beings. This is a great pity.

"On the first lap, some riders crashed on one of the corners," he explained. "Whether the rider's cardiac arrest was caused by the fall or vice versa, I don't know.

"The race is now a side issue. I thought it was a very nicely organised event by Cycling Flanders and the local municipalities. It was meant to be a day full of racing and fun, but, after 15 minutes, it stopped brutally," said Vanmarcke.

"Winning is always fun, but after the loss of Niels De Vriendt, you realise that we are just ordinary people," Vanmarcke told Het Nieuwsblad after the race.

A moment of silence for De Vriendt preceded the GP Vermarc Sport kermesse race in Rotselaar, Belgium, which also took place on Sunday, and which was won by Deceuninck-QuickStep's Florian Sénéchel.