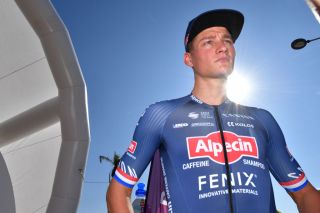 Mathieu van der Poel (Alpecin-Fenix) has planned for years for the Olympic Games in Tokyo this season. Before the last Olympic Games in 2016, Van der Poel had yet to become the road sensation he is now and had none of the mountain bike palmares he currently enjoys. He was a cyclo-cross specialist, a former World Champion in a non-Olympic discipline inspired to take up a new pursuit to add his name to Olympic history.

Having spent the past three years building up to the level of a European Cross Country champion with a trio of World Cup victories in Cross Country, the postponement of the Games because of the coronavirus pandemic hurts.

"It is very unfortunate that the Games have been postponed. But I understand the decision," Van der Poel says, according to Sporza.be.

"Global health comes first. On the other hand, I am left with a bad feeling. Four years ago we drew up a plan for the Tokyo Games. And that plan is basically ruined.

"It is not easy mentally if you have been working on this for four years, but that is the case for everyone who has worked towards a goal in this difficult period in the long term.

"For the time being, there is also little clarity when we are ready for races again. I will stay busy for the time being, but of course I cannot make a real plan. Although there are some races that I hope, for example, the World Cup in Albstadt (26-28 June) proceed as planned.

"As for the Olympic Games in 2021? It is difficult to look ahead, it is first of all to wait and see when they will let the Games continue."

Van der Poel mixed his road and cyclo-cross pursuits with mountain biking for the Olympic dream, and it was expected he would focus more on what could be a lucrative road career immediately after.

The winner of the Amstel Gold Race last year, he would normally be deep in the Classics season had the pandemic not shut all the racing down. Now he hopes that the calendar will be back to normal next season.

"I myself hope for the same season so that I can finish the Classic campaign first, as was planned. The only disadvantage is that I might have to choose between the Olympics and a Grand Tour. But that I will continue mountain biking for the time being for sure. We'll see the rest later."