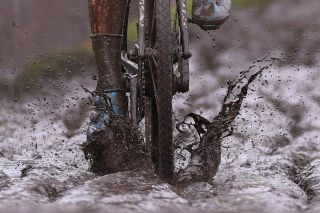 Following a weekend when many of the top American racers chased the Pan Am Cyclo-cross Championships in Canada, USA Cycling's Pro CX Calendar continues this weekend with a quartet of C2 races in New York and Indiana.

Kerry Werner and Rebecca Fahringer currently lead the Elite men's and women's rankings, respectively, with 22 of 34 races in the books.

While Werner and Fahringer raced in Canada, where Werner claimed the men's Pan Am 'cross title and Maghalie Rochette took the women's, the US Pro CX Calendar continued at the Verge Northampton International set of races in Massachusetts. Tobin Ortenblad and Caroline Nolan won both C2 races on Saturday and Sunday.

Fahringer leads Caroline Mani 485 to 459, with Rochettet trailing just behind at 436. Up-and-coming Clara Honsinger is holding strong at fourth in the series with 392 points, and Sunny Gilbert is fifth at 280.

Werner, White and Hyde are all scheduled to appear this weekend at the Rockland County Supercross Cup at Rockland Community College in Suffern, New York, for a pair of C2 races on Saturday and Sunday.

Fahringer is also expected in New York, where she’ll be challenged by Ruby West and West’s teammate Courtenay McFadden. Last year, West won on day one, Fahringer day two, so the slugfest should continue.

In Indiana, Honsinger and Gilbert are expected to battle for the Elite women's series points over two days of C2 racing at the Major Taylor Cross Cup.