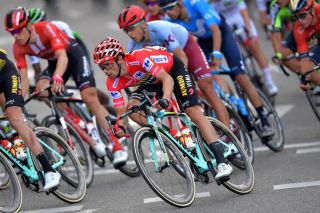 Cycling's governing body, the UCI, is set hold a meeting with race organisers, teams and the riders' association (CPA) on Wednesday, April 29, according to reports in the Belgian media, to further discuss and perhaps confirm the post-COVID-19 2020 men's race calendar, following their postponement due to the coronavirus pandemic.

According to Het Nieuwsblad, all parties will 'meet' via a conference call next week to discuss various dates and scenarios, with only the Tour de France having so far been assigned a new slot of August 29-September 20.

The news of the meeting comes the day after Belgian broadcaster RTBF published a provisional calendar schedule that it said the UCI had sent to professional teams this week.

Meanwhile, Vuelta a España race director Javier Guillén has told Sporza.be that he hopes that the potential running of the Tour de France – whether it happens in its proposed August/September time slot or not – won't eclipse all other races, including his.

The Vuelta is now owned by Tour organisers ASO, but it didn't prevent Guillén from speaking out on Thursday.

"We're behind the Tour taking place, but not at the expense of everything else," said Guillén, could start on November 1 or overlap with the Giro d'Italia making it the last major race of the revised season.

"There is more than just the Tour," he said. "You have to try to save the whole calendar. At the moment, after football, the Vuelta is perhaps the sporting event with the greatest international appeal."

While a new calendar may not be completely finalised and agreed next week, the formal proposal of possible dates for events would help to provide an element of clarity, and allow organisers to work on the logistics of their races, and give riders the opportunity of structuring their training around potential upcoming competition.