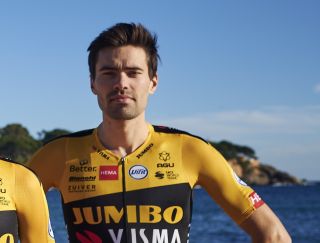 Tom Dumoulin has quit the Movement for Credible Cycling (MPCC), citing the organisation's objection to ketones, among other reasons.

Although the Dutchman's Jumbo-Visma team are not part of the MPCC, which sets guidelines that go above and beyond UCI regulations, he was a member on a personal basis, having signed up during his time with Team Sunweb.

However, Dumoulin has now withdrawn his membership, and will therefore not have to follow MPCC guidelines, which include temporary suspensions for riders with low cortisol levels - a possible indicator of cortisone abuse.

Speaking to Dutch website Wielerflits, Dumoulin argued the MPCC had not been true to their brief that, above being an anti-doping body, they are protectors of riders' health.

"I really like the MPCC's philosophy. They pursue a cleaner sport and do not consider the current doping rules strict enough, especially in the field of cortisone use," Dumoulin said.

"But I thought Paris-Nice was a farce. In my opinion, that race should not have been ridden. Then there was already the coronavirus outbreak, also in France. There were really serious problems, but the MPCC said nothing about it. Their motivation is that they are there for public health, but racing from Paris to Nice, in the middle of the number one health risk at the time, was totally fine."

Another reason for Dumoulin's resignation is the use of ketones, the controversial supplement that is linked to significant performance enhancement. Use of ketones is perfectly legal but has proved divisive on the grounds of ethics and the possible impact on riders' health.

Earlier this year, the MPCC outlined its position on ketones, saying it does not recommend their use, "given the side effects and the uncertainty of the long term effects". Jumbo-Visma have been open in acknowledging they use ketones.

"They came up with the story that the use of ketones is very dangerous. I thought that was a very hypocritical attitude of the MPCC," Dumoulin said.

"Our team uses ketones, so it's a bit hypocritical for me to be a member of the MPCC. Those two things together moved me to unsubscribe."