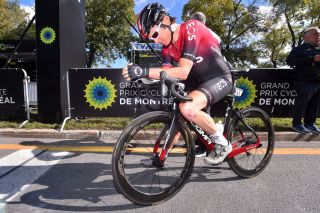 Team Ineos confirmed the bulk of Thomas' pre-Tour de France plans in a message sent on Friday but it's still uncertain where Thomas will make his 2020 race debut. The team informed Cyclingnews that Thomas could start racing at the Volta ao Algarve in February but that has not been 100 per cent confirmed.

The plan of racing Tirreno-Adriatico, the Tour of Romandie and the Tour de Suisse almost matches Thomas' 2019 race plans, although last year the Welshman also raced at the Tour of the Basque Country.

Thomas has made no secret of the fact that he will not race the Giro d'Italia in 2020, stating on his personal podcast that he will target the Tour de France this year as he looks to win his second title.

Currently training in California, Thomas will head to the Tour de France in July alongside Egan Bernal. The Colombian led a Team Ineos one-two at the race in 2019 and has already announced that he will look to defend his title. The race schedule for Chris Froome has still not been confirmed but the four-time Tour de France winner is also hoping to start the race. New recruit Richard Carapaz will lead Team Ineos at the Giro d'Italia in May.

Last month, Thomas told the Guardian newspaper: "I'm looking at targeting the Tour. We need to confirm it all, to chat it through, but at the moment it's all about the Tour again.

"With second in the Tour [in 2019] I can be happy and proud, but at the time it was disappointing," Thomas said. "From the start, the way the season went, and the off-season. The build-up was nothing like 2018, but I was still confident."