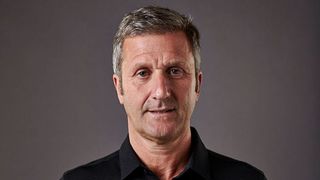 Former Team Sky and British Cycling team doctor Richard Freeman will admit to a medical tribunal that he lied when he previously stated that he had not ordered the batch of testosterone patches that were delivered to him at the Manchester Velodrome in May 2011.

The Times reports that on the first day of the rescheduled tribunal hearing in Manchester on Tuesday, Freeman’s counsel Mary O’Rourke QC admitted that her client had "told a lot of lies."

Freeman had previously claimed that 30 sachets of Testogel had been mistakenly delivered by Fit4Sport Limited of Oldham to the Manchester Velodrome – then the headquarters of Team Sky – on May 16, 2011.

It emerged at Tuesday’s hearing that Freeman signed a revised statement on 24 September of this year, in which he admitted to ordering the testosterone, though he insists that the banned product was ordered to treat a "non-rider" for medical reasons.

O’Rourke said that Freeman had told her: "I couldn’t bring myself to tell the truth, even to my lawyers. I am here now and this is the truth." Freeman was seated alongside O’Rourke during the preliminary hearing.

Therefore, while Freeman will now confess to ordering the testosterone patches, he will continue to deny the General Medical Council’s charge that the "motive was to obtain testosterone to give to an athlete to improve an athlete's performance."

O’Rourke said that the GMC had "no evidence from an athlete" that Freeman had ordered the testosterone for this purpose, but the Times reports that GMC representative Simon Jackson QC will draw on testimony from an endocrinologist to demonstrate that Freeman’s "non-rider" patient had no medical need for testosterone.

The tribunal first convened in February of this year, but Freeman did not attend and his legal team secured a lengthy adjournment. The new date for the hearing was confirmed at the beginning of this month and it is scheduled to run until December 20.

The GMC is the regulatory body covering the medical profession in the UK and Freeman could be stripped of his right to practise medicine if found guilty of misconduct, while the case, if proven, could have important consequences for British Cycling and Team Ineos, as testosterone is banned in and out of competition under the WADA rules. Freeman worked for British Cycling and Team Sky (now Team Ineos) between 2009 and 2015.

UK Anti-Doping, which passed evidence onto the GMC after being forced to close its investigation into the so-called 'jiffy bag' doping allegation concerning Bradley Wiggins, is poised to open proceedings if doping allegations are substantiated by the tribunal. WADA's 10-year statute of limitations, upgraded from eight years in 2015, means UKAD would have until 2021 to press charges.