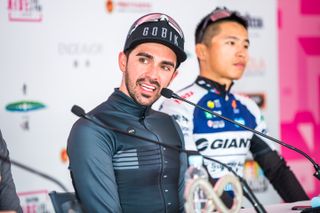 Following a year of uneven results for Spanish cycling, Alberto Contador says he believes the sport will return to its former top level in his country but that it will by no means be straightforward.

"Cycling in Spain was one of the dominating forces at world level and now it's lost power, everybody can see that," Contador told Cyclingnews in an exclusive interview.

"But that kind of cycle happens in all countries: some years are good, others less so and Spain has some young or youngish riders with great potential like Enric Mas, Marc Soler or Ivan García Cortina. Let's see what they can do, but to repeat what was achieved in the last decade by Spain is going to be complicated."

Spain's only WorldTour team, Movistar, celebrated its 40th year in the sport in 2019 – a notable achievement in the economically volatile world of professional cycling – and also claimed its first Grand Tour victory since 2016. It was not with a Spanish rider, however, as it was Richard Carapaz of Ecuador who secured his country's first ever Grand Tour, and in the process he outshone and out-performed one of Spain's main stage racing hopes, Movistar teammate Mikel Landa.

Contador says a power meter ban could level the field

Movistar's overall win in the team classification notwithstanding, Spain was largely consigned to observer status in the 2019 Tour de France, with no stage wins or days in the overall lead, and Landa was the country's best GC finisher in sixth place. At the Vuelta a España, veteran Alejandro Valverde (Movistar) subsequently saved the day for the host nation with a notable runner's-up spot overall and a stage win.

Across the UCI WorldTour calendar, Spain's only outright victories were in the Vuelta al Pais Vasco, through Ion Izagirre (Astana), and in Tour of Guangxi, through Enric Mas (Deceuninck-Quick Step). Spain's other top three results came in the UAE Tour, where Valverde placed second overall, and the GP de Montréal, where García Cortina finished third.

"I think Enric has to be aiming for big targets next year. He was second in the Vuelta a España two years ago and he's a rider who's very ambitious. I'm sure he won't just settle for doing anything good," Contador said.

Contador seemed less certain about Mikel Landa, who moves to Bahrain McLaren for 2020. The Basque produces flashes of brilliance but is an erratic performer with crashes and injuries hampering his 2019 season.

"Landa is a rider who has enormous qualities when he's going well, and in Grand Tours he's able to do amazing rides, but it takes a lot for him to actually turn that into a victory," Contador reflected.

Contador himself contributed in no small part to Spanish cycling's success in the last decade, taking the Vuelta in 2012 and 2014, winning the Giro d'Italia in 2015 and forging a reputation as one of Team Sky's most unpredictable and tenacious rivals.

Other standout achievements for Spain over the past decade in men's road racing included Alejandro Valverde's 2018 world title, victories in Milano-San Remo (Oscar Freire in 2010), Liège-Bastogne-Liège (Valverde in 2015 and 2017) and the Il Lombardia (Joaquim Rodriguez in 2012 and 2013) as well as several podium finishes in all three Grand Tours.

Continental squad Kometa-Xstra, which is run under the auspices of the Alberto Contador Foundation, is helping to pave the way for the next generation of riders, both from Spain and further afield. Managed by Contador's brother Fran, Kometa-Xstra has seen some notable success in kickstarting riders' careers, but Contador worries that sponsors are still notable by their absence in his country's cycling scene, particularly in the upper echelons.

"This year four of our riders have gone to WorldTour teams, one to Ineos with Carlos Rodriguez. Juanpe Lopez and [Luxembourg's] Miche Ries are going to Trek-Segafredo and [Italian] Stefano Oldani to Lotto-Soudal," Contador says.

"These riders should be part of the future of cycling, so we're working well on the base. But there's a definite lack of major teams in Spain, just Movistar for now, and we need more."