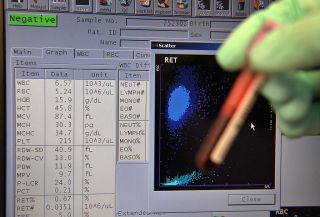 The Cycling Anti-Doping Foundation (CADF) has announced that testing returned to normal levels before racing resumed in late July.

A number of riders complained about the lack of testing during the COVID-19 lockdown, with Tom Dumoulin, Romain Bardet and Thibaut Pinot all weighing in.

Is there now free rein on doping?

"This represents half the number of samples collected in 2019 for the same period, which is explained by the high number of UCI events cancelled in 2020 due to the COVID-19 pandemic.

"Moreover, in 2020, 80 per cent of these samples were collected out-of-competition. In addition, for the period from May to August, the CADF reached the same level of testing in 2020 as 2019 despite the significant reduction in out-of-competition testing following the announcement of the pandemic.

"This shows that the CADF out-of-competition testing programme in cycling has returned to normal."

Back in April, Pinot said that he hadn't been tested since October 2019, while his brother and coach at Groupama-FDJ Julien told Reuters that he had since been tested the week after the Critérium du Dauphiné.

Dumoulin said that he hadn't been tested in months, despite filling whereabouts forms every day, while Bardet said it was "an eternity" since he was last tested.

UCI president David Lappartient revealed in May that the COVID-19 pandemic had meant that anti-doping testing in cycling had dropped by 95 per cent. In June, the CADF confirmed a 90 per cent drop in testing, adding that it had gathered a 'priority list' of riders to test as racing returned.

For 2021, the CADF will be absorbed into a new cycling unit of the multi-sport agency, the International Testing Agency (ITA), which was founded by the IOC. The move comes after a drawn-out political battle between CADF and Lappartient.