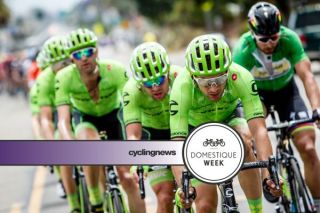 Marco Pastonesi was one of the best journalists of his generation at La Gazzetta dello Sport, writing about cycling, rugby and any other sport his editor asked him to cover for over 20 years. Working for Italy's biggest-selling sports newspaper meant doors to the stars in sport would always open, but Pastonesi preferred to write about the underdogs, the losers, and especially the domestiques of professional cycling.

In Italian cycling, a domestique is called a gregario, but the meaning is exactly the same; they are the same water carriers, the same riders who do the early work on the front of the peloton chasing down breakaways and then protecting their team leaders.

"I always preferred to write about the domestiques because they're the real face of cycling, of the pain and suffering, of sacrifice and little glory for huge effort," Pastonesi explains eloquently to Cyclingnews after enjoying some of our content from our special Domestique Week.

"They're the real heroes of the sport. They're the water carriers, who once raided the bars and filled their bidons from a fountain to give to the team leaders. They're still the working class of the peloton, even if they now ride expensive carbon-fibre bikes and travel the world. They still push, pull and drag their leaders, giving up their last drop of energy in the hope their leader can win and earn them an extra bonus and give them some crumbs of personal satisfaction.

"The winner of a race and the big-name contenders are just a tiny part of the peloton; the rest are all there to help them. The domestiques are the first riders to start working on the front and often the last to reach the finish. They're the foot soldiers in the trenches of the cobbles, the high mountains or the back roads of the world, constantly fighting for their leaders. They're the true nobility of the peloton."

Pastonesi admired cycling's domestiques so much that he created a special 'Gregario Club' each season, open to the true gregari of the Italian peloton and only to the riders who had never won a race. Landing a win was seen as an act of treason.

"At a race, most journalists dash to speak to the winner. I searched out the loser and so had them all to myself, and they were never afraid to tell their true story.

"I had my team of domestiques during each season, and especially during each Giro d'Italia. I tried to highlight the hard work they did as much as possible. I only ever expelled them whenever they broke the rules and won a race," he laughs.

"A rider like Marco Manzano perfectly symbolised my Domestique's Club. He once finished second on a stage at the Vuelta a España and, when I called him, his happiness at still being one of the boys was bigger than the disappointment of missing out on a Grand Tour stage.

"Charly Wegelius was another long-time member of my club, and so often made me proud. Early on, he admitted that he had actually won two team time trials and so was concerned I'd not let him in my club. I reassured him saying: 'Don't worry – if your team won the team time trials, it wasn't thanks to you…'"

Ceremoniously expelling a rider from the Domestique Club after a victory was actually a moment of recognition, and celebrated at the start of a race in front of the domestiques and their team leaders.

"One of my biggest disappointments was Alan Marangoni. After 10 years as a hard-working domestique, he won the final race of his career," Pastonesi says with a smile.

"He once went close to winning a stage of the 2015 Giro d'Italia near his hometown and then went all the way to the Tour de Okinawa in Japan to win. What a way to go out! He was a true domestique, who represented everything good about the profession."

Pastonesi worked for a daily newspaper, producing reams of words, day after day, during the Giro d’Italia, and often on tight deadlines. Yet his articles were often free-flowing and poetic – a perfect way to describe the role of the cycling domestique.

The text below was part of an introduction for the event programme of the 27th edition of the Gran Gala Ciclistico Internazionale di Conegliano – the end of season awards night that used to celebrated each Italian season. We've called it an Ode to the Domestiques.

If there were no domestiques, who would teach us the real values of cycling?

If there were no domestiques, how would the team leaders win?

Fortunately, there still are domestiques; they fill the race results behind the winner, they fill the peloton and give the most excited tifosi someone to push in the mountains.

That's why when a domestique wins, we all win: the team leaders who without the domestiques would die of solitude, and the media and fans because they're finally free of the rolled out phrase, the déjà vu and the same old story.

Cycling wins when a domestique wins because they truly represent their role in the encyclopedia of cycling life, in the divina commedia of humanity.