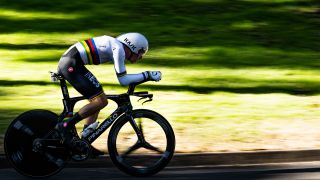 Dennis joined Team Ineos in early December after his acrimonious split from Bahrain-Merida and his sudden exit from the Tour de France. He finished second behind Luke Durbridge in the Australian time trial championship this week but won the Tour Down Under in his home city of Adelaide in 2015 while riding for BMC Racing .

"We’re taking seven strong guys into the race. Rohan has won the race before and knows what it takes to win. He will be our leader in his hometown," directeur sportif Brett Lancaster said when Team Ineos named its squad.

"But we’ve got great insurance policies in Pavel and Dylan. They’ve been here training since the New Year and are both in good shape. We’ve got some cards to play and the Paracombe stage, on day three, will show very clearly where we’re all at. We also have Chris for the sprint days and by all accounts, he’s in good condition. We’re gonna give it a good go."

Sivakov and Van Baarle have been training on the Gold Coast since arriving early in Australia. Team Ineos said Dennis will soon join them before they gather in Adelaide with Doull, Lawless, Rowe and Stannard on January 15 to study key stages of the Tour down Under.