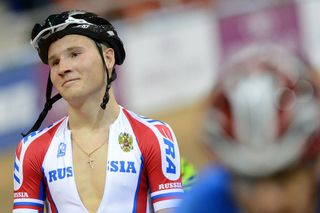 The World Anti-Doping Agency announced Wednesday that a judge in Canada has dismissed a lawsuit filed by the three Russian team pursuiters who were barred from racing in the 2016 Olympic Games in Rio de Janeiro after being implicated in the state-sponsored Russian doping scheme.

Dmitry Sokolov, Kirill Sveshnikov and Dmitry Strakhov protested their exclusion from the Games after being named in the McLaren report that examined evidence that the Moscow anti-doping laboratory swapped samples and falsified results of numerous Russian athletes to cover up doping.

The trio were accused of using EPO, which they denied. After losing an appeal to the Court of Arbitration for Sport, the trio sued WADA and Canadian Professor Richard H. McLaren, author of the independent report, on the grounds that they were denied "any fair possibility just to present our explanations".

WADA and McLaren succeeded in getting the case dismissed after the court in Toronto ruled that the issue had to be resolved by the Court of Arbitration for Sport, and the filing of the claim in Ontario was an abuse of process.

Hon. Justice Faieta decided that asking a domestic court to resolve a dispute covered by provisions in the Olympic Charter would undermine the Olympic Movement.

WADA Director General Olivier Niggli welcomed the news of the dismissal."It is an important ruling that upholds CAS decisions, which are accepted and supported by the entire sports movement. This judgement rightly closes the door on attempts to re-litigate matters through the filing of domestic claims."

McLaren said that the investigation was "thorough, professional and our findings were beyond question," and agreed that CAS is the correct place for adjudication. "CAS is an independent institution specifically set up to resolve sports-related disputes. The plaintiffs' claims always belonged there for resolution. Not in the provincial court system."

The three cyclists are, according to the WADA press release, now liable to pay legal costs to WADA and McLaren and the appeal period has expired.

This may be unwelcome news for Strakhov, who is currently riding out a coronavirus quarantine in a hospital in the UAE.