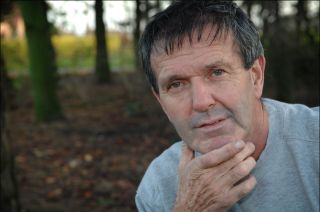 Roger De Vlaeminck was admitted to hospital on Saturday due to a fever, according to the Belgian press. The decorated former professional cyclist will remain at the AZ Alma treatment centre in Eeklo, Belgium, for an additional 48 hours to undergo further examinations on his heart and lungs.

"I had already had cold shivers on Friday evening," De Vlaeminck told Het Nieuwsbald. "Saturday morning I still didn't feel well. I had a fever of 39 degrees and decided to go to the hospital.

"I must certainly stay there for the next 48 hours for extensive examinations of the heart, lungs, etc. They want to fully screen me to find out the cause of my malaise."

Het Nieuwsbald reported that there is the possibility that a virus in the blood caused the fever, but that still has to be confirmed by doctors.

"Considering all circumstances, I am doing well right now," De Vlaeminck said. "The fever has subsided and I also feel no pain. Although it has settled a bit on my neck muscles."

On Monday, Het Nieuwsblad reported that five-time Tour de France winner Eddy Merckx was also in the hospital. The Belgian crashed during a bike ride and sustained a head injury.

According to the paper, the 74-year-old was treated with caution, given he uses a pacemaker, but was transferred to a regular ward on Monday after further examination.