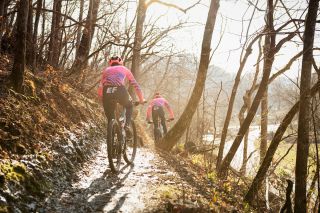 Rapha announced a renewed partnership with EF Pro Cycling for 2020, not only making the team's eye-popping pink and blue kit for the season but also highlighting some of the riders' forays into the 'alternative calendar' in a series of videos dubbed "Alt Cal".

The company aims to highlight unique characters across different cycling disciplines – not only the EF riders but other individuals such as Dirty Kanza winner Colin Strickland and criterium specialist Justin Williams. The films will cover a range of races from Alberto Bettiol's superb Tour of Flanders victory to Tulsa Tough, Leadville 100, Cape Epic and the top gravel races.

"For 16 years we've worked to make the best cycling clothing in the world, and in that time our cutting-edge kit has seen some of the sport's most prestigious podiums. After a two year hiatus, in 2019 we returned to the men's WorldTour with EF Education First and a plan to disrupt the status quo," Rapha said.

"Our aim was to uncover cycling with character by getting inside the sport we know and love. Our film crew followed a year in racing firsthand, from the prestigious WorldTour one day races and Grand Tours to the all-new alternative calendar events where mountain bikes and gravel riding came into the fray. Now we're recharged and ready for a new year of racing – here's what's coming up the road."

Fans of the American team can also purchase from Rapha a variety of EF Pro Cycling replica clothing, including Alex Howes' national champion's jersey as well as similarly themed but less flashy designs with a majority blue or black background.