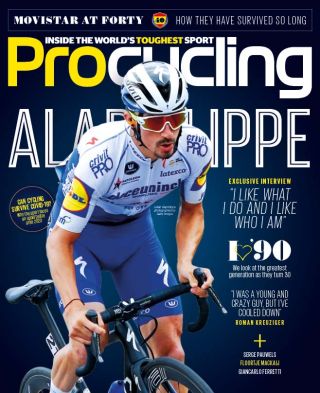 Just when it seemed all creativity, character and variety had been being crushed out of the Tour de France by science, numbers and negative tactics, Julian Alaphilippe arrived and blew through the race like a whirling dervish. The Frenchman coloured in an event which had greyed to monochrome, and it's symbolic that in the last two editions, he's spent more time wearing either the polka-dot or yellow jersey than his team kit. His effervescent confidence and aggressive riding are compelling to fans and media, and he hasn't developed the same ennui that has descended on Peter Sagan's interactions with the press, or the studied diffidence of Vincenzo Nibali - two riders who have excited fans with their panache, but sometimes give the impression off the bike that it's all a bit of a grind.

I remember grabbing Alaphilippe for a word at the second rest day of the 2018 Tour, when he was already one stage win to the good and looking like a fairly safe winner of the polka dot jersey. He was dutifully sipping from a can of Maes 0.0%, which his Deceuninck team had announced as a sponsor that day and I suggested to him that being a French rider doing well in his home race must bring an increased level of attention. How was the pressure affecting him, I wanted to know. The French word for 'pressure' and 'beer on tap' is the same: pression. Without missing a beat, he held up his can and informed me the 'pression' was delicious.

However, before the sport and results are taken into account, the most important thing about Julian Alaphilippe is that he is fully, demonstrably, incontrovertibly himself. This elemental truth underpins the rest, though he is at a loss to explain where it comes from. It's just always been that way.

"I'm the same person I was a year, five years or even 10 years ago," he tells me on a Skype call from his base in Andorra. "Erm, I've grown a moustache… but nothing has changed in my way of being, my way of living, my way of working, and the way I see life.

"As a rider, it's more difficult to get into escapes now - some teams are really watching me differently. But I work very hard and I know what I want. I've been like that since I was little, in spite of my results or what has happened these last two or three seasons. I like what I do and I like who I am.

"The best question would be: why would I change? I think I've never really changed."

This is an extract from the cover interview with Julian Alaphilippe from the June 2020 edition of Procycling magazine, out now and available to buy here.