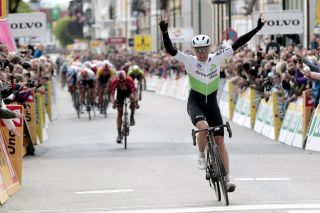 The Tour of Norway is unlikely to return in 2020 due to a budget shortfall for the May 2.HC event, according to a report today by Norway's TV2.

Race director Roy Hegreberg told TV2 that funding is not in place for the 2020 race, which was scheduled for the end of May, after a decrease in the state's support of the event. The race received about 1 million kroner (~ €100,000) less than expected.

"The Tour of Norway has become a very large and demanding event," Hegreberg told TV2. "We have no arena, so it is very expensive to arrange it with the requirements that currently exist and with as large teams as have visited. We know what is required, and as of today we do not have funds to do so in 2020. With the signals we have received so far, we do not see that it will be resolved.

"We see it as more appropriate to cancel 2020 and start focusing on 2021 to secure
financing that will allow us to implement it then."

The Norwegian government has dedicated 25 million kroner to cycling events in 2020, according to TV2, with 15 million kr going to the Arctic Race of Norway, the 2.Pro event scheduled for August. The remainder of the initial 15 million kr is divided among the Hammer Stavenger, the Tour of Norway and the Ladies Tour of Norway, which TV2 reported gets a "significant" slice of that remaining pie.

"We should have seen that there was equal treatment for this," Hegreberg argued, adding that his race needs about 6 million kr to operate. "The Ladies Tour is in a different situation and cycling has a special need to get such funding. But we should like to see that it was similar treatment. And had we received the same per day as others do, we would have been able to continue with our plans. But we never got that. We hope for a bit more equal treatment in the long term, but as of today our math does not add up."

Hegreberg said the Arctic Race of Norway is a great race for showcasing northern Norway, and organisers have been able to get the event much more rooted within the politics there.

The Tour of Norway was fist raced in 1991 and 1992 but then went away until it returned in 2011 when Wilco Kelderman took the overall title. Since then Edvald Boasson Hagen has won the race three times. Other former winners include Pieter Weening, Jesper Hansen, Maciej Paterski and 2019 winner Alexander Kristoff.