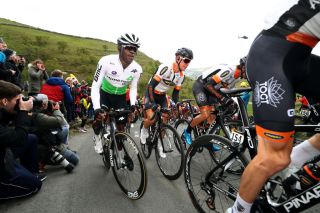 The long-term futures of the Tour de Yorkshire and the Women's Tour de Yorkshire have once again been thrown into doubt after the Yorkshire Post reported that the Welcome to Yorkshire (WTY) tourism agency  was seeking agreement to a £1.4 million emergency fund from local councils on Thursday.

Peter Box, the chair of Welcome to Yorkshire, is understood to have written to "all" local councils requesting the emergency bail out. However, one local council, Ryedale, was quoted as saying "it feels like a gun to our heads."

The letter sent to councils states that "Without commitment from all local authorities to contribute to the emergency funding that totals £1.4m, WTY simply cannot continue to operate and the WTY Board will be faced with a decision of not if, but when, to discuss the options of closing the organisation."

Ryedale Council responded: "…many Ryedale councillors remain unconvinced about the future viability and credibility of the organisation."

Sir Gary Verity resigns from Welcome to Yorkshire after investigation

"It is clearly unsustainable and unfair for local authorities to be asked to hand over greater and greater amounts of cash, every time told that if we do not do so then WTY will fold. It feels like a gun held to our heads."

The combined effects of the COVID-19 pandemic and a predicted collapse in the economy from lost business rates, are being cited as having hit local government funding hard.

With 20,000 jobs predicted to be at risk due to the knock-on effects of the pandemic, and a crisis in funding for local services, WTY's collaboration with Tour de France promoters ASO is no longer a priority, although the cooling of the relationship between the two organisations really began following the departure of former CEO, Gary Verity in March 2019.

Nearly half a million pounds were spent on two independent inquiries commissioned after Verity's departure over allegations of bullying and questioned expenses. A further figure of £900,000 of expenses linked to Verity and other officials within WTY was quoted in July last year as having been investigated, although no conclusions were drawn as to whether the expenses were "reasonable and proportionate."

Investigators said that, after forensic examination of receipts, there was "an increase in the use of luxurious hotels and fine-dining restaurants during the most recent periods we examined". This year's Tour de Yorkshire, scheduled to be held from 30 April to May 3, in the final year of its existing contract with ASO, was postponed due to the pandemic.

In January this year, Welcome to Yorkshire's newly appointed Chief Executive, James Mason, described the 2020 edition of the race as a "huge pivotal moment," and said, "there's got to a business case for it, a goodwill case, and a platform for other projects."

"It's got to return across the board," Mason said of the race. "We've got to listen to all our stakeholders and it's got to work for them."