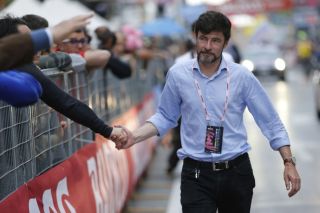 The CPA, the professional riders’ union, has said that it is willing to accept salary cuts during the coronavirus pandemic but only in cases where teams can prove that their budgets have been affected by the hiatus from competition.

Several teams have reduced rider salaries and laid off staff since the COVID-19 pandemic brought a halt to all racing in March. Bahrain-McLaren, CCC Team, Mitchelton-Scott, Astana and Lotto Soudal are among the WorldTour teams to have announced such measures thus far.

Following talks with the UCI and the teams’ representative body the AIGCP last week, CPA president Gianni Bugno has said that his union is prepared to accept pay cuts on a case by case basis.

“We're aware of the difficulties that sponsors and the teams can face during this emergency; we're ready to listen and to make compromises for the good of the whole sport, but at the same time we will be vigilant to avoid any speculation and to limit the difficulties the riders and their families face,” Bugno said in a statement on Friday.

“We accept the flexibility the AIGCP has requested but the rules have to be respected. It's not acceptable to make major cuts to salaries without the proof that the contracts cannot be respected. We hope everyone will try to find the best solution so that riders, team staff and anyone from the cycling family is not abandoned.”

UCI rules require teams to provide a bank guarantee that covers three months of salaries and is used as protection if a sponsor abandons the sport. Such a bank guarantee was used to pay Katusha riders at the end of 2019 and Aqua Blue Sport riders in 2018 when their sponsors withdrew, but is typically not unlocked to cover delays in salary payments from active sponsors.

CPA general secretary Laura Mora added that the riders’ body has been consulting with agents in recent weeks but said that the CPA would not agree to a wholescale reduction of salaries during the coronavirus pandemic.

“It's the first time we're working alongside rider agents and we've created a working group to move in unison. During this phase, so that nobody gains or loses by making agreements that damage others, there's a real need to work together,” Mora said.

“We'll never accept a generalized reduction in salaries; we'll evaluate each case individually and study how to limit the problems with specific help and strategies. We're all in the same boat, in the middle of a storm and so to save everyone, we've got to respect the common principles and really work as a team.”

All racing is currently suspended until at least June 1, with some races beyond that date – including the Tour de Suisse – already cancelled. Following consultations with teams and race organisers, the UCI announced plans to extend the season to November in a bid to reschedule the postponed Spring Classics and Giro d’Italia, but it remains unclear when or whether professional cycling will be able to resume in 2020.

On Thursday, the UCI announced that it had placed its 130 staff members on furlough and imposed pay cuts on its management and elected members.