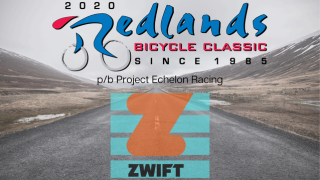 The Redlands Bicycle Classics announced last month that it had joined the list of cancelled events across the US due to the coronavirus pandemic.

The long-running American stage race instead moved its event to a two-day format held on the virtual training and racing platform Zwift on Friday and Sunday.

The two-day event was organised by Project Echelon Racing to create an opportunity for North American Domestic Elite and Professional teams to race during the novel coronavirus pandemic.

USA Cycling extends suspension of sanctioned events to May 31


The racing began with the Virtual Redlands Bicycle Classic Criterium on Friday. Holden Cameau (Saris + The Pro's Closet) won the 31km criterium in 1:01:04, taking the bunch sprint by one second ahead of Cory Williams (L39ion LA) and Ryan Larson (Indoor Cyclist).

The second day of racing held the Virtual Redlands Bicycle Classic Road Race on Sunday. The men's teams raced three laps of the Greater London Loop that ended with a climb over Box Hill followed by a fast descent into the finish line. Alex Fraser- Maraun (Landis-Trek) won the sprint in a photo-finish ahead of Williams in second and Larson in third.

Watch the criterium and road race video replays below.