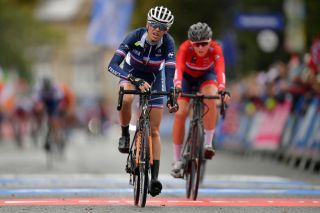 The news of the team's formation was eclipsed in September by the arrival of Nairo Quintana to the men's team. Manager Emmanuel Hubert announced the team on September 2 for the squad to be based in Bruz (Ille-et-Vilaine).

"It will be done slowly, because we have been a little late to build it, but it will be created," Hubert said in September. "It won't be at WorldTour level, but at the highest French level I hope."