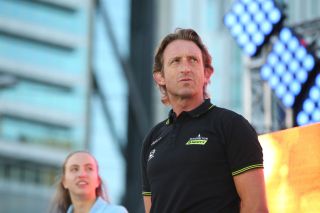 Mitchelton-Scott head into the 2020 Tour Down Under as the two-time defending champions, but a third title in three years is far from a certainty. A tougher course, stronger opposition and a high chance of crosswinds are likely test the Australian team to their limits, but team directeur sportif Matt White is confident in the team he has assembled for the WorldTour opener.

In recent years the Tour Down Under has been won or lost in the bonus seconds handed out during each stage before the riders in contention battle it out on the final climb of the race at Willunga Hill.

However, the lie of the lay is different in 2020 with the stage summit at Paracombe back after an absence of several years. With that climb, and the haul up Willunga once again coming on the final stage, the race is balanced towards the purer climbers.

White pinpointed the stage to Paracombe – last won by Rohan Dennis in 2015 when the Australian went on to win the GC – as a key stage in the race. However, he also highlighted the importance of the conditions at the race.

"The key stage for GC is definitely stage 3. If a climber wins at Paracombe with any kind of gap then it's going to be pretty hard to dislodge them. The weather for this week isn't normal. It's milder, so I think that you're going to see more aggressive racing," White told Cyclingnews.

"When you have temperatures in the high 30s in early January, that can make things quite negative for guys but with milder temperatures the racing is going to be more aggressive. There is supposed to be wind all week and there's a lot of potential for crosswinds on stages 4 and 5. That means there will be a lot more action.

"When it's hot and there's no wind then it boils down to a couple of efforts on the big climbs of the race. This year teams are going to have to be more attentive from start to finish."

Mitchelton-Scott leader Daryl Impey arrives at the race with his confidence high and a strong team built around him. However, the defending champions have options with Simon Yates and former winner and current Australian national champion Cameron Meyer also on their eight-rider roster.

White is publicly backing Impey to set a record of three straight wins and edge closer to Simon Gerrans' total of four overall titles but he's also well aware that the margins of victory could come down to mere seconds.

"Daryl's chances are as good as in the last two years. It's a big focus for the team and Daryl has the advantage of coming from the summer, and at altitude. He's always got a great preparation for this race.

"The course over the last two years has suited him better. Paracombe, even though it's a four-minute climb and it's super steep, he's going well. The beauty of the roster here is that we have options and options are good to have. We've got our bases covered," White said.

"This race always comes down to margins and if you make a mistake and lose a second or two… you've got to get the details right but Daryl's in a position to win this race three times."

Yates is somewhat of a dark horse in this year's race. He has only started one race since last year's Tour de France, and his form is somewhat of an unknown. He's using a debut appearance at the Tour Down Under to kick-start his 2020 season, but if he can find early condition then the course is certainly well suited to his style of racing.

"He hasn't raced in a long, long time but he's super motivated to start his 2020 campaign. He came out to Australia early with his partner and he's itching to pin a number on," White said.