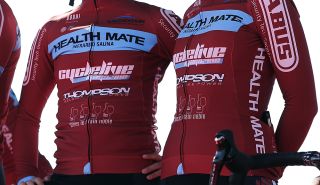 The UCI Ethics Commission has hired an external agency to investigate a series of abuse complaints lodged against Health Mate-Cyclelive women's team manager Patrick Van Gansen. Cyclingnews understands that the agency's investigation is nearly complete and the Ethics Commission will soon make its decision either fully or partially public in accordance with its Code of Ethics.

The external agency is called the Sport Resolutions. It is an independent, not-for-profit, dispute resolution service for sport based in the United Kingdom. According to its website, it has helped resolve cases such as the British Cycling Independent Review into the culture within British Cycling's world-class programme and UK Anti-Doping vs Jonathan Tiernan-Locke.

The Ethics Commission made the decision to handle the case externally due to its high demands that included the seriousness of the accusations, the complaints that span several years, and because there are a large number of people involved. Cyclingnews understands that, in consultation with the UCI, the Ethics Commission may consider using an external agency for similar complaints and on a case-by-case basis.

Cyclingnews understands that Van Gansen is not registered as a staff member of a UCI team for 2020. Although the investigation is ongoing and a verdict has not been decided, Van Gansen told Cyclingnews that he has chosen to not be involved in women's cycling anymore.

"It's a pity for all the fantastic ladies on my team who deserve much better than how they were put in the press (by their colleagues) as naïve, depending, ladies who want to do everything to be in a UCI team."

In the wake of that report, six more riders have come forward to corroborate the allegations; Tara Gins and four riders who wished to remain anonymous wrote an open letter describing their experiences to the Dutch news outlet WielerFlits. In addition, former cyclist Liz Hatch confirmed similar experiences while racing on a team he sponsored in 2013 in an interview with Het Nieuwsblad.

A 10th rider, who wished to remain anonymous, wrote a letter to Cyclingnews that detailed an unsettling environment during her time on the team this year.

Van Gansen managed the Health Mate-Cyclelive team out of his home in Ekeren, Belgium. Several of the athletes told Cyclingnews that it is also the team house where riders stayed both long-term and for shorter lengths of time during blocks of races.

Van Gansen has rejected all allegations of abuse and inappropriate behaviour. He said that he intends to take legal action, by lodging a complaint of defamation, to clear his name in a personal statement published on the Health Mate-Cyclelive Team website.

Cyclingnews understands that a formal complaint in relation to this case has been lodged before the court in Antwerp, Belgium. However, the grounds of the complaint are unclear at this time.

The UCI announced at the end of June that its Ethics Commission had begun a formal investigation into the complaints of abuse filed against Van Gansen. The governing body acknowledged that it had gained additional information regarding the case that indicated breaches of the Code of Ethics.

Belgian Cycling Federation president Tom Van Damme, at that time, advised Van Gansen to stand down from his position as manager of the team until the investigation was complete. Van Gansen maintained his innocence and said that he had no intention of stepping aside.

Van Gansen said that he would discuss the future of the team with the current financial backers, before making any further decisions. However, Health Mate CEO Jan Vandenhoeck told Cyclingnews that the company does not tolerate such behaviour and that the investigation has been negative for the company. Health Mate decided not to renew title sponsorship of the team for 2020.

Mustonen and Miesels have told Cyclingnews that they have been contacted by Sport Resolutions and that they have provided interviews via video-conference in relation to its investigation.

Turblin's father was the first to file a complaint against Van Gansen with the UCI Ethics Commission. The complaint was initially filed citing bad treatment and illegal work conditions, but then escalated to include inappropriate behaviour.

Van Gansen denied the allegations leveled against him in the abuse complaint filed with the Ethics Commission. He told Cyclingnews that Turblin was a rider that also had a half-time working contract within his company and that she was fired because her work in that area was not done well.

"That matter had nothing to do with the team itself," Van Gansen said at the time.

In his written defence to the Ethics Commission, Van Gansen referred to the case as being a 'love story', citing that he and Turblin had been involved in a relationship and that her father was not aware of such details.

Turblin denied that she was ever involved in a relationship with Van Gansen.

Turblin did not speak publicly about her father's filed complaint against Van Gansen until after learning that Mustonen and Miesels had also filed separate abuse complaints with the Ethics Commission.

"I was scared and I was not ready," Turblin told Cyclingnews when asked why she didn't report the abuse sooner and why her father filed the formal complaint with the Ethics Commission. "I felt guilty. I felt ashamed and guilty of getting involved in Patrick's game. I was ashamed of myself. I passed in front of my parents with my head down without speaking. I was embarrassed."

Turblin has since taken her complaint to the local law enforcement near her home in France, according to a report in Het Nieuwsblad in August.

"Now that he is everywhere saying that I had a relationship with him, I had to go to the police," Turblin told Het Nieuwsblad. "I cannot allow him to spread that we were having an affair. That is simply false.

"Abusing your dominant position in this way compared to young women is unacceptable."

Turblin confirmed to Cyclingnews that she filed the report with the Gendarmerie nationale à Saint Estève in France citing psychological and physical harassment, abuse of weakness, intimidation and defamation against Van Gansen.

"I did it [filed a police report] for myself, my rights and my values as a woman," Turblin told Cyclingnews.

"It affected my private and personal life. If I lodge a complaint it is rather by conviction of my rights and my values as a woman. To be honest, I expect little police investigation, as I am aware that the subject is very complicated and more between several countries. Somehow I needed that to rebuild myself as a person, as a woman and later as a cyclist."

"No I did not have any contact with the police. I think they will know/see that the complaints are not relevant," Van Gansen told Cyclingnews.

"I received a copy of her complaint via another way and I'm very pleased with this. Chloe Turblin is saying 12 different points, which 10 of them I have several written proofs (WhatsApp and other communication) that shows it is completely the opposite of what she tells to the police.

"So to make myself very clear: in 10 different statements I can prove (with for each statement several) that Chloe Turblin is telling the complete opposite of the truth."