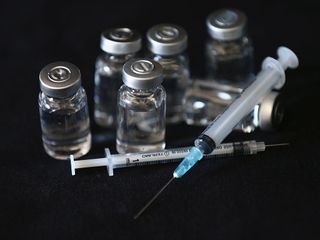 The Spanish Civil Guard announced Thursday that it has dismantled an international EPO trafficking network based in Barcelona, Spain. A three-year investigation found that the network was operated by several Serbian nationals, one who lived in Barcelona, who shipped the banned substances to amateur and professional athletes who lived in various European countries, according to a report in El Pais.

"The investigation was launched in mid-2017, after a series of athletes, who tested positive by EPO, collaborated with us informing us that they had gotten the product on a website that supplied from Cádiz, and gave us a series of names," said José Luis Terreros, director of the Spanish Anti-Doping Agency (AEPSAD), which provided the information to the Spanish Civil Guard.

According to the El Pais report, over the last 10 years Andalusian public health, through a dialysis clinic in Cádiz, has been financing and supplying the drug to the network.

According to a report in L’Equipe, the drug was obtained by the manager of this establishment, who is of Spanish nationality.

The network then sold the drug through several websites to some 260 athletes last year alone. The athletes are reported to be amateur and professional and from various sports including cycling.

The Provincial Court of Cádiz has opened the summary of the investigation that includes a list of athletes’ names. These names will not be published and will be sent to the AEPSAD.

According to El Pais, the athletes’ names will remain private unless the athletes are sanctioned. The purchase and use of banned substances in sports is not a criminal offense in Spain, but is punishable by up a suspension of up to four years.

According to the L’Equipe report, the investigators have predicted "that there are among them a large number of national and international sportsmen of different disciplines and levels, who used these doping substances to increase their physical capacities."

The Public Health and Doping section of the Central Operating Unit (UCO) of the Spanish Civil Guard, which handled the investigation, arrested and investigated six people in Catalonia and Andalusia that are accused of alleged crimes against public health, belonging to criminal organisation, laundering of capital, misappropriation, fraud against Social Security and money laundering, according to El Pais.

The network had one section dedicated to the sale of the substances through seven website addresses, which were operated by citizens of Serbian nationality, and one who was based in Barcelona. The network is reported to have been operating for at least 10 years, according to the Spanish Civil Guard, and provided the substances to athletes across Europe.

Communication between the buyer and seller was done through encrypted instant messaging networks through an Austrian telephone number, according to El Pais. The Investigation accessed data from the buyers, such as email, records of payments and proof of receipt of orders.

"I hope we will start receiving names from the court next week, and we will start working on it," Terreros said. "We will deal with Spanish athletes, the rest will be sent to the World [Anti-Doping] Agency for distribution by their corresponding national anti-doping agencies."

The Civil Guard noted that the quality of the EPO was questionable given that hundreds of pre-filled syringes were discovered in the clinic, in poor storage conditions.

"The EPO was of first quality and without expiration, but the sellers, although they sent it in containers that apparently kept them cold, had not stored it cold, so it would surely not only be ineffective but also dangerous for the health of those who would inject it," Terreros said.