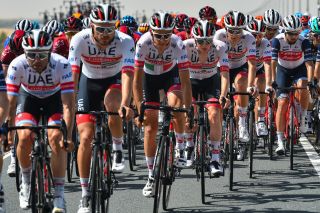 While all of the conjecture and debate has been around when road racing will resume and the likelihood of races like the Tour de France happening during this calendar year, one aspect that has been sadly overlooked is that of rider mental health.

Riders in the majority of European countries have been under the strict levels of lockdowns since March, and while some restrictions in some countries are set to be lifted in the coming weeks there is still a huge level of uncertainty surrounding the sport. The UCI has had to postpone its announcement of a new racing calendar, and even when such dates are announced there is no certainty that major events will be allowed to take place.

Lockdown brings with it a number of issues when it comes to physical and mental well-being of athletes and those around them. Anxieties can be heightened or intensified as riders worry about their futures. Some, who are out of contract at the end of the season will be concerned that they will not race again, while even riders who have teams will be constantly reading news reports of team pay cuts and the possibility of squads even folding.

For Allan Peiper, at UAE Team Emirates, mental health is more of a priority than rider fitness at this point.

"Guys have been doing eight-hour rides on the home trainer in lockdown and they’re heads are falling off because of it," Peiper told Cyclingnews. "They’re going to love going outside again but at the same time there are going to be a lot of riders who will be mentally scared by all of this. Even the ones that can get outside are worried about contracts for next year. They’re worried about when they’ll get the chance to show themselves.

"They’re young and they have the idea that life will go on forever and that everything will be rosey but this is a situation that will touch everyone. Even if they have a contract for next year their team might not go on. Or they might not have the same wages. There are a lot of factors to consider. They’ve been in lockdown for a long time, they’re goals have been turned upside down and while I’m sure that they will adapt there is definitely a case of mental health being an issue. It’s something, from my understanding, and from the teams that I’ve been in, it’s not something that has really been touched. But it’s more important than training at the moment."

Peiper has been concerned about the topic of mental health for some time. He was not in a position to go into the specifics of what his team were doing during lockdown to protect athletes and support staff, but the Australian former rider admitted that the management and specialists were on hand if needed.

"How is the mental health of each rider? How are they fairing with their home life and lockdown? There are a myriad of things that they could be going through and that’s also a key component on who starts racing first. Measures are taken to look at rider’s mental state. The medical team follow up on that and the trainers and directors are constantly in contact with their riders."

The UCI are set to announced their reformatted race schedule next week. The rejigged calendar was put back a week but the governing body are expected to come through with several new dates as they build a programme that includes the already announced Tour de France and UCI Road World Championships.

For Peiper, any return to racing revolves around the Tour de France, although he acknowledges that riders and teams will need to be creative when it comes to rosters and schedules.

"At this time all we can do is wait until the calendar comes out on Tuesday. We have  Tour de France dates so we can maybe plan some camps around that but Tom Dumouiln has said before that if he can’t get to the mountains by July then he can forget about the GC at the Tour de France. That’s true for a lot of GC riders and teams. The opening of travel is super important," he said.

"I think that the UCI will come up with something that works. It’s going to be complicated having competitive riders in all three Grand Tours though because we won’t be able to have riders going from race to race. They still need recovery in between even if they haven’t race for six months. The starting point has to be the Tour de France. No matter what anyone says the starting point is the Tour. That’s just the reality."