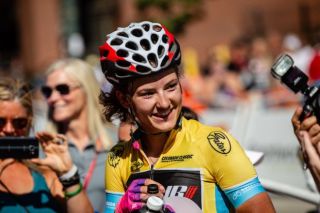 Organisers of the Colorado Classic have announced that its women’s-only race will return in 2020. In addition, title sponsor VF Corporation has re-signed as the presenting sponsor of the race scheduled for August 27-30.

“We wanted to create a race that challenged the norm for women’s pro cycling, while building a sustainable platform for the future of the sport,” said Lucy Diaz, COO of RPM Events Group, organisers of the Colorado Classic.

“We are inspired by the response and recognition around our event — the racers loved it, the fans showed up, our host cities provided fantastic support, people tuned in to the streaming that was broadcast all over the world, and new and returning sponsors were thrilled with the event," Diaz said. "We are using the momentum from this year to turn our attention towards planning the 2020 event. We have a great foundation to build on and are excited to explore new elements and opportunities with our key stakeholders.”

Organisers announced last year that they would drop their men's race in favour of strengthening the corresponding women's event. They used the funds to build the women’s race and promised to offer harder stages, more prize money and live streaming. They came through with their promises during this year’s women’s-only format, which took the peloton to Steamboat Springs, Avon, Golden and Denver.

The event hosted more than 30,000 fans, who lined the streets and mountainsides to watch the races. Several hundred thousand people watched the race live from start-to-finish each day on a race-owned worldwide streaming and TV network, according to race organisers.

The race offered a prize purse of $75,000, along with an additional $25,000 that was crowd-sourced for riders and local non-profits through a Bonus Cash Lap “prime” program that awarded cash to the fastest sprinter each day of the race. In Avon alone, the prime raised $10,000.

The event boasted the strongest field to date that included some of the top teams and racers in the world, along with a strong contingent of American talent. Chloe Dygert-Owen (Sho-Air Twenty20) won all four stages and the overall title, along with the points, mountain and young rider classifications.

“The energy, spirit and sense of community surrounding this year’s race was exhilarating, and we were proud to play our part for our new hometown, the pursuit of active lifestyles and the movement for women's empowerment,” said Anita Graham, VF Corporation’s chief human resources officer and Public Affairs.

“We look forward to supporting the Colorado Classic again next year to help celebrate the amazing women athletes who inspire others with their drive, hard work and achievement.”