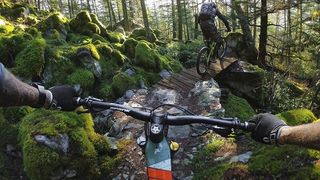 Action cameras have become a huge industry and now offer a wealth of features beyond simply being a small, waterproof and crash-proof camera that can be mounted to anything. With all these extra features, choosing the best action camera is now a lot more complicated.

Not simply video, action cameras feature a wealth of photo and time-lapse features as well as live streaming and GPS features so that whether you are on a family holiday or shooting a tv show, you have everything required to capture amazing moments.

Here are some of the best options available, as well as some of the key considerations to make when picking an action camera.

Many action cameras are now able to record in 4k, and if you want to record slow-motion action look for cameras with high frames per second (FPS) settings, 240fps will allow footage to be slowed down by 8x and even budget cameras will allow at least 2x.

With the rise in popularity of vlogging and producing video edits, high-end cameras offer advanced features to achieve the highest quality. Higher quality optics, stabilisation and audio make a huge difference to a video’s quality as well as the ability to record in advance log format. Log formats such as GoPro’s Protune or DJI’s D-LOG settings capture more data and allow greater flexibility when editing in post-production.

Stabilisation is important as it helps to smooth footage, making content shot in bumpy environments more watchable. Optical stabilisation offers the best results however electronic stabilisation such as GoPro’s HyperSmooth are very capable of removing the camera shake effectively. Even budget cameras are starting to see the benefit of image stabilisation although do not expect the same results as the top of the range models.

A touch screen is the most popular method of control and allows easier shot framing, menu navigation and video replay. However, touch screens are useless in environments that are very wet or require gloves, if you ride in all weathers it's worth considering whether important shooting modes are still accessible through buttons.

Most camera manufacturers offer a mobile phone app that allows remote camera control, video playback and uploads to social media. Some apps have editing features to combine clips and add music before uploading allowing quick edits to be shot, edited and uploaded without needing a computer.

Simply the best action camera out there

Packed with features, the GoPro Hero8 Black is at the forefront of what is possible from an action camera whether capturing action sports or vlogging. Video quality is the best it's ever been, thanks to Hypersmooth 2.0 and TimeWarp 2.0 as well as higher bit rates and 1080p live streaming.

To meet the increasing demands of vloggers and home filmmakers, GoPro's Mod features allow you to boost the capabilities of the standard camera. The most important Mod is a multi-directional mic with an additional 3.5mm external mic port for much better audio. The mic Mod features two cold shoe accessory mounts which can be used to attach a flip-up display for self-framing when talking to the camera or a 200 lumen LED light for dark conditions.

A robust exterior features a unique front colour screen which makes framing simple when setting up shots, taking selfies or vlogging. This is combined with a video mode that will automatically detect faces to base exposure metering, which will make the Osmo Action an appealing option for those that frequently turn the camera on themselves.

The Osmo Action can shoot sharp colourful HDR footage up to 4k/60fps and DJI’s own RockSteady stabilisation technology does a great job of smoothing out vibrations. A responsive rear touch screen allows easy navigation of settings or video playback.

The slimmed-down Hero 7 Silver produces beautiful stabilised 4k footage at 30fps and Wide Dynamic Range (WDR) photos, despite not having the Hypersmooth, ProTune and the various recording modes seen on the higher model.

It offers the same rugged waterproof exterior and intuitive touch user interface and relies on the rear touch screen, a range of beeps and LED flashes to let you know when it is recording.

Designed for less extreme conditions, it's a vlogger’s best friend

If you're looking for a camera to simply record the action rather than being a part of it the Osmo Pocket puts all electronic stabilisation to shame and produces smooth professional-looking footage. The ActiveTrack feature keeps a selected subject in frame, while Motionlapse creates perfect panning time-lapses.

It isn’t designed to be strapped to a helmet and ridden down a mountain in the rain. However, if you are looking for a pocket-friendly camera that can produce professional shots for vlogging then the Osmo Pocket is going to fare well.

Does a basic job for a fraction of the price

If you’re not looking for professional quality and want to spend less, then opt for the Akaso action camera. The results won’t be the same as you’d get with a more high-end and high-tech camera like those listed above, but it comes with full wifi connectivity, as well as a wrist remote control.

The Akaso has two filming options: 4K at 25fps and 2.7K at 30fps. You can also take still photos using its 12 megapixel camera, and take it under water to about 100 feet. It’s a nifty camera that does a basic job if that’s all you need.