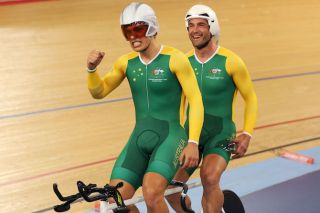 Five-time Paralympic gold medallist Kieran Modra has died after a collision with a car in South Australia. The visually impaired swimmer-turned-cyclist was killed near Gawler on Wednesday morning while riding to visit friends in Clare from his home in Hallett Cove.

The 47-year-old first found success as a swimmer at the Barcelona Paralympic Games in 1992, where he won two bronze medals. After switching to cycling, he took the first of his five gold medals in the tandem sprint at the 1996 Atlanta Games, followed by two more golds at the 2004 Athens Paralympics.

Modra took gold again at the Beijing Paralympics in 2008, and his fifth at the 2012 London Olympics in the Individual B Pursuit with pilot Scott McPhee.

He was also a multi-time tandem world champion at the Para-cycling World Championships in 1998, 2002, 2011 and 2016, and was in 2014 awarded the Member of the Order of Australia medal for his service to sport and the visually impaired.

Modra's older brother, Mark, told adelaidenow.com.au that Kieran had "left a huge legacy and certainly quite an achievement from a Paralympic perspective".

"We're coming to terms with what it means to us and particularly for his family. He's got three young girls and a wife that won't have him from here on," Mark Modra said.

"He was certainly one of these guys that would never give up. Nothing was impossible – absolutely nothing. There was no such thing as 'can't'.

"He seemed to perform better under adversity and has been many times going into the Olympics… And not only did he get there, he often came through with a medal, and often a gold medal," he said.

Kieran Modra leaves behind his wife, Kerry, and their three daughters, Makala, Holly and Janae.

Cyclingnews would like to extend its condolences to Kieran's family and friends.