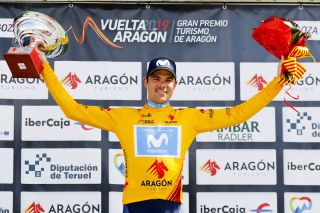 After returning to the UCI calendar in 2018 following a 13-year absence, the Vuelta a Aragon will vanish again in 2020 after failing to secure enough funding for the UCI 2.1-ranked stage race.

According to a press release of La Federación Aragonesa de Ciclismo, the regional federation, the race will go on another hiatus because "the support obtained is not sufficient to guarantee its viability."

The news comes ahead of the announcement of the 2020 Vuelta a España route on December 17 which is expected to include three stages in Aragón including a stage finish in France atop the Col du Tourmalet.

Held in May in 2018 and 2019, the Vuelta a Aragon was won this year by Eduard Prades (Movistar) and Javier Moreno (Deklo Marseille) after the disqualification of Movistar's Jaime Roson for biological passport anomalies.

The race organisers had hoped to become part of the UCI's new Pro Series that encompasses most of the major class 1 and hors categorie races in 2020.

"Unfortunately this pause comes at a time when the restructuring of the UCI calendar has aroused the interest of teams of the highest category and it was certainly the expected time to raise the sporting level of the race," the federation said.