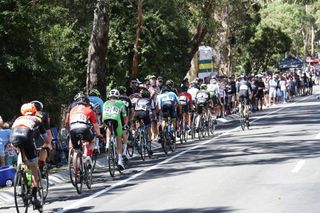 The proposal to amalgamate Australia's different cycling disciplines' national bodies has suffered a blow from Cycling Tasmania's announcement on Monday that nine of its 14 member clubs have voted 'no'.

Each of Australian cycling's three national sporting organisations (NSOs) – Cycling Australia, Mountain Bike Australia (MTBA) and BMX Australia – need 75 per cent of their members to vote 'yes' in order for their cycling discipline to become part of the new, proposed AusCycling entity.

Under the current AusCycling proposal, there would be a single racing licence allowing members to race in all disciplines of the sport, improved coaching programmes, a dedicated member services team available to assist clubs and riders from all disciplines, and a dedicated advocacy team lobbying local, state and federal governments for improved cyclist safety, including more cycling venues, trails and paths, as well as a proposed national bike education programme.

Individual members of MTBA will vote on November 30, while voting is already under way among Cycling Australia and BMX Australia's eight separate state/territory associations, with each NSO requiring at least six of its eight associations – i.e. 75 per cent – to vote 'yes'.

Despite AusCycling having the support of various road and track 'ambassadors', including 2012 Milan-San Remo winner Simon Gerrans, two-time Olympic track gold medallist Anna Meares and 12-time Tour de France stage winner Robbie McEwen, the state associations voting 'no' appear not to have been been swayed by all the benefits proposed by the AusCycling model, with the effective closure of the state associations seemingly persuading many clubs otherwise – despite AusCycling's proposal that it would have local staff working with local governments and communities.

Many of the associations voting 'no' appear to be open to a different model whereby they would retain a degree of autonomy on a state/territory level, potentially with all cycling disciplines within the state/territory under one umbrella.

It would appear that at least two of the three NSOs would need to vote 'yes' for AusCycling to go ahead in any form, with AusCycling having already stated that it "may still proceed with the other two NSOs" if a third NSO – potentially Cycling Australia (i.e. track and road) – votes 'no'.