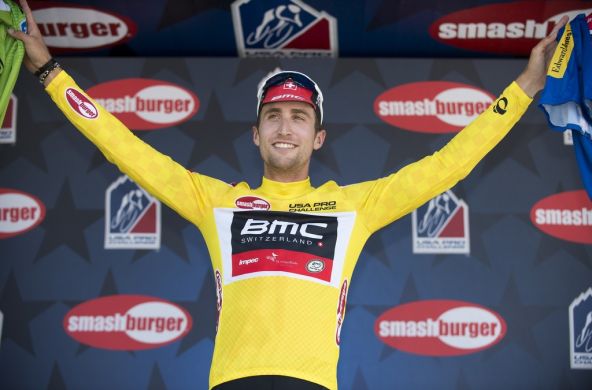 The moment that defined Phinney's season came during the USA national championships in May, where he suffered a horrific crash, careering into a guard rail after trying to avoid a motorbike. Having broken his leg and injured his knee, he embarked on a lengthy recovery process and has some gnarly scars to show for it.

Before the crash he had won the Dubai Tour and the USA national time trial champion’s jersey. Phinney had showed such great promise; let’s hope this doesn’t prevent him from fulfilling it.

Phinney’s season started strongly with a podium finish at the Tour of Qatar where he helped BMC dominate the team time trial. He was seventh at Milan-San Remo – his best performance in a Classic – and won a stage of the Tour of Poland. Perhaps most memorable, though, was his four-hour, rain-soaked solo ordeal at Tirreno-Adriatico. Having been cut from the peloton, most of the stragglers climbed off but Phinney, keen to ride the following day’s time trial, ploughed on alone. He revealed his thoughts were with his Parkinsons-suffering father and although he finished the stage, he was outside the time limit and race organisers refused to take pity.

Phinney won the opening stage of the Giro d’Italia, a time trial, to become only the third American to wear the maglia rosa. His main target for the year was London 2012 but he just missed out on an Olympic medal, finishing fourth in both the road race and the time trial. At the World Championships he won silver medals in the team and individual time trials.

Phinney’s first year as a pro didn’t go to plan – partly through a string of injuries and illnesses, and partly, as he admitted, because of mistakes he made at the beginning of the season. Still, he came back for the second half of the season, and although he pulled out of the Vuelta with fatigue, he came a creditable fifth in the Stage 10 time trial, and gained a lot of experience for the future.

Winning his second Worlds jersey in the individual pursuit and coming third in the omnium started a year that saw him winning his second Paris-Roubaix espoirs race and dominate the Olympia’s Tour.

Feature Devolder, Renshaw, Phinney, Plaza and Spilak among the riders to hang up their wheels

Diverse band of riders exceeding expectations in run-up to Olympics

American sets his sights on Paris-Roubaix after strong 2018 result