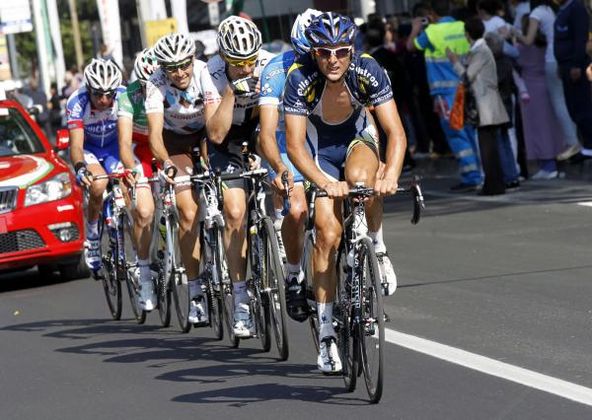 Johnny Hoogerland has big plans for 2012, hoping to compete at the Olympic Games in London and the World Championships at home in the Netherlands. Hoogerland start his season at the Tour of Algarve, then target the Classics, especially Flèche Wallonne, Amstel Gold and Liège-Bastogne-Liège, before hoping to ride in the Tour and get a coveted place on the Dutch Olympic team. He’ll have to convince the selection panel, however, as that seems to be the goal of every Dutch rider. Getting his first big win should help his campaign, so look for him attacking every more than usual.

The images of Johnny Hoogerland’s injuries from where he hit a barbed wire fence in stage 9 of the Tour de France were some of the most shocking of the year. Hoogerland had won the polka-dot Mountains jersey on Stage 6, lost it on Stage 7, and on Stage 9 was part of a five-man break, when a France Télévision car hit Juan Antonio Flecha and caused Hoogerland to crash. The fact the post and barbed-wire fence he hit may have saved his life, and that he had done enough that day to take back the polka dot jersey was slim comfort, and it was to his credit that despite 32 stitches, he continued to race. He may have ended the Tour in 74th place and 10th in the mountains competition, but Stage 9 made a rider already known for his attacking style into a cycling legend.