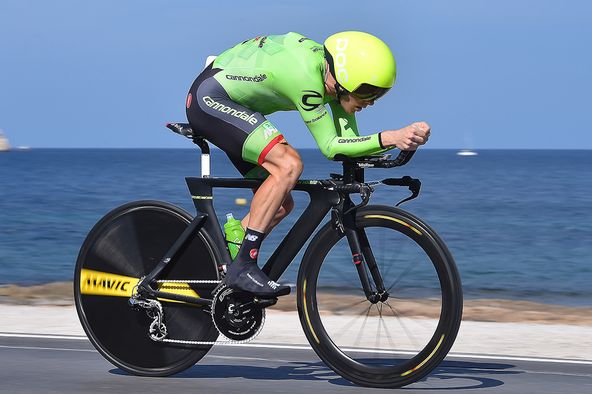 The finest moment of the young American’s career so far came at the 2014 Criterium du Dauphine. Ahead of the final stage he sat third behind Alberto Contador and Chris Froome, two of the strongest riders in the world. Not content to settle for a podium, though, he moved himself into the break and pushed on as Contador lingered to watch Froome. An isolated Contador tried to close the gap but Talansky ploughed on, pushing himself into the position of virtual leader and winning the race by 27 seconds.

It was a real statement of intent ahead of the Tour de France, where he was to lead Garmin. But his hopes were dashed when he crashed twice in two days in the first week and failed to recover from his injuries, eventually leaving the race after stage 11. That stage, though, earned Talansky a great deal of admiration. Clearly suffering, he rode almost half of it alone off the back, struggling on and staying just in front of the broom wagon to come in over half an hour behind the stage winner.

A second successive Grand Tour top ten for Talansky, whose 10th place at the Tour de France earned him global recognition as one of the next big things in stage racing. He cracked in the Pyrenees but regained several minutes after getting himself in a breakaway on stage 14.

Another highlight of the year was Paris-Nice, where he won a stage and was bettered in the general classification only by Richie Porte.

Talansky’s potential had been signaled with a second place at the 2010 Tour de l’Avenir, but 2012 saw his first notable results.

He won a stage – his first pro win - and the overall of the Tour de l’Ain and finished second at the Tour of Romandie behind that year’s Tour de France winner Bradley Wiggins. Most impressive of all, though, was a top-10 at the Vuelta a Espana, where he rode as Garmin’s team leader.

Phinney ready for debut as other riders target stage success

A detailed look at the former Dauphine winner's Cannondale

Froome, Porte and Valverde in the hunt for overall title, Chaves and Aru hoping to bounce back from injuries