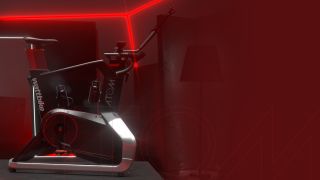 We are now well and truly in the age of the smart bike. With the popularity of indoor training soaring, even before the Covid19 pandemic, brands that had previously been known for their high-end smart trainers, have taken the next step and started integrating that technology into complete indoor bikes.

However, the indoor bike is not exactly new; UK based Wattbike has been making them since 2008. Its original Wattbike Pro and Trainer are still in use today, by top cycling athletes like Dan Bigham and the rest of the Huub Wattbike Team, but you’ll also find them on the sidelines of everything from NFL games to World Cup Rugby. The UK outfit also pioneered the app controllable smart bike with the Atom, and have just lifted the veil on its second generation smart bike, complete with an improved resistance unit, and more power and accuracy through the entire power curve.

How to use indoor training for your outdoor cycling goals

In the year 2000, the founders of Wattbike, Ian Wilson, John Wilson, Dusan Adamovic and Milan Bacanovic, met with Peter Keen, the Performance Director of British Cycling at the time, to produce not only the most accurate and reliable indoor trainer but also one that provided vital performance metrics.

“We wanted to build the most accurate, most reliable and accessible indoor bike trainer, providing the most insightful data. At that time, your options were limited: an ergometer costing tens of thousands of pounds, or a spin bike. There wasn’t a great deal in between. We wanted it to be robust enough for elite athletes, but also accessible enough for beginners and enthusiasts to use,” says Wattbike CEO, Richard Baker.

Seven years, and many prototypes later, the first Wattbike was unveiled.

These original Wattbikes are what we now know as the Trainer and Pro models, which use a wind damper and a magnetic resistance knob to control resistance. According to Baker, one of British Cycling’s essential requirements was realistic ride feel during both steady-state intervals as well as explosive sprint workouts. They found the best way to achieve this kind of power curve was to combine two forms of resistance.

“Magnetic resistance systems - which can be controlled digitally - were not as flexible, mature or robust at the time,” Baker says.

“We provided two different resistance systems on the original Wattbike to provide the greatest level of flexibility and training possibilities. The air braking is a progressive resistance system which allows users to finely adjust the resistance to achieve the exact power to cadence training they need, while the linear magnetic resistance allows the user to dramatically increase the load for explosive work when needed.”

Having this dual resistance also allows the Wattbike Pro to output a leg-breaking 3760-watts with +/- 2-per cent accuracy, negating energy losses from the drivetrain. Beyond the ride feel and resistance, the other stand out feature of the original Wattbike was the dual-sided power meter — something we are only just beginning to see implemented in other smart trainers and training bikes. You’ll go a lot faster in the real world if you’re not pedalling squares indoors, and the team at Wattbike was well aware of this fact.

“Right from the start, we knew we wanted to provide users with access to data, to help them understand their performance. Technique was an important factor in that, not just the power numbers, but how that power is used. Left/Right breakdown is essential in that. This has also opened up other opportunities for rehab, bike-fit and other areas where the reliability and granularity of data is vital.”

It’s this granularity which allows the Wattbike to break down exactly where you’re delivering power, and where you are losing force as the cranks go around. Wattbike calls this Polar View, and this information was available in real-time on the Wattbike Pro and Trainer’s integrated display — the Wattbike Hub app shows Polar View when used with the Atom.

What Wattbike sought to achieve in 2008 was lofty to say the least, and on paper it was something that no other indoor cycling brand had achieved. But the Wattbike quickly proved its merit with 28 of the 31 track events at the 2012 Olympics won by athletes who trained with Wattbikes. British Cycling began using the system for talent ID and testing, and other high-performance bodies around the world began to take notice, both inside cycling and beyond.

“In 2015, we were selected as the global talent ID and training tool of the UCI World Cycling Centre. Today, we are ‘chosen by champions’ around the world across many sports; (the) New Zealand All Blacks, boxer Anthony Joshua, England Football, USA Cycling, (the) Golden State Warriors, (and the) Philadelphia Eagles are just a handful of teams and athletes who choose Wattbike as their trusted training tool.”

The Wattbike Pro and Trainer were revolutionary when they were launched in 2008, but as time went on, technology caught up and changed. Training apps began to gain steam. These new programs could now guide you through a workout, providing your power targets along the way, and provide a bit of entertainment; but they also spoke the same language as a new breed of smart trainers which could adjust the resistance based on specified intervals or even the grade of a virtual hill. In that same time period, indoor training transitioned from something that the average cyclist did when the weather was less than agreeable, to something people actually enjoyed.

“Platforms such as Zwift have changed the industry, transforming the idea of indoor training as being purely ‘grinding out’ sessions - a means to an end - into an activity that is enjoyable and competitive,” Baker says

It was in this area the Wattbike was lacking. Subsequent firmware and display updates added some connectivity to training apps. Still, it didn’t have the hardware to react to what the apps were dictating, so, in 2017, Wattbike announced the Atom, the first-ever app controllable smart bike on the market. Designed in collaboration with Giant Bicycles and a London based design firm called Curventa Design, the Atom was the culmination of everything Wattbike learned about training bikes in the nearly two decades prior.

Miles ahead of the curve

When the Atom was launched, many wrote the idea of a smart bike off, especially considering how good direct-drive smart trainers had become. But a few years on, other indoor training brands are playing catch up.

“We were seen as an underdog, but we knew the technology inside the bike was better than anything currently in existence. We leapt ahead to say ‘this is the future’ and changed the landscape of the Wattbike and its future,” Baker says.

“Three years on, we’re only now seeing other players come to market with their smart bikes, following the path the Wattbike Atom set out. Some with some really neat features. A premium will be placed on creating the most realistic ride experience possible while retaining accuracy and connectivity. Wattbike has been at the forefront of this and will continue to do so,” he continues.

The Atom abandoned the industrial aesthetic of its predecessor, adding app controllable resistance up to 2000-watts accurate to +/-2-percent and a simulated gradient up to 25-per cent.

When asked why Wattbike stayed the course with the training bike, rather than some definition of a turbo trainer, Baker tells us it came down to performance.

“Thinking back to our aims with British Cycling, the accessibility factor drove the concept of Wattbike Atom. The only way to create an ergometer, to get the right inertia and kinetic energy, the right level of control, was to create a standalone bike as opposed to, say, a turbo trainer where energy losses in the drivetrain make the output sub-optimal.

"The real magic sits inside. Wattbike Atom’s magnetic resistance is the closest feeling to riding outside, so users can seamlessly translate their training to the road,” he says.

From the beginning, Wattbike prioritized ergonomics, with the Trainer and Pro models allowing several points of adjustment to replicate your position on the bike; even using a standard saddle so you could slot in the perch of your choice. The Atom took that a step further by adding additional adjustability to the cockpit; everything from slotting in your own drop bars and TT pads — the Atom also cleverly integrates a tablet holder into the extensions. Even small differences in position can affect how much power you’re able to produce; even just going from a traditional road position to a time trial position can lead to a 2-3-per cent reduction in power output.  All of this goes towards creating a seamless transition between your road bike and the Wattbike.

Three years on from the release of the initial Atom, Wattbike has quietly been working on the second generation smart bike, making improvements based on consumer feedback and pulling itself to the front of the indoor peloton.

The new Atom smart has an increased power range of 0-2500 watts, and improved accuracy of +/- 1-per cent, thanks to the new flywheel and crank angle sensor that takes readings 48 times per revolution — the 2017 only took two per revolution. With so much more information coming in, the new Atom can more quickly adjust the resistance, whether it be on an undulating virtual climb, or as you enter the spiral of death in ERG mode.

This new flywheel sensor works in collaboration with a brand new resistance unit to facilitate instant changes in resistance. A common complaint with the original Atom was the shifting being sluggish, due in large part to the braking being controlled by physically moving magnets up and down with motors — which took a moment. The new magnetic resistance unit only requires a change in electrical current to adjust the braking force; not only facilitating crisp, lighting fast shifting to help you respond to an attack in Zwift, but also HIIT workouts which require explosive bursts of power. The new unit also reduces the moving parts inside the unit, meaning there are fewer things to break or wear out.

Wattbike has even floated the potential of this new resistance unit being able to replicate road texture, or even standing starts, but these features are still in the early testing phases.

For 2020, the Atom also sees upgraded onboard electronics, improved sweat ingress protection, and an improved seatpost and seat tube which further stiffens up the frame, and prevents the seatpost from slipping.

Whether it be pounding out prescribed intervals, working on your pedalling technique or putting in a PR on Alp du Zwift, the Wattbike is on the cutting edge of smart bikes, offering robust data, pedalling analytics and unbeatable road feel.

View the Wattbike Atom at Wattbike.com