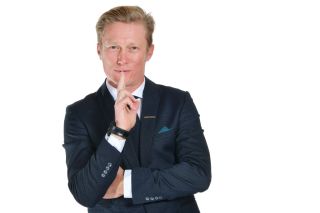 Astana general manager Alexander Vinokourov has called on the Cycling Anti-Doping Foundation (CADF) to open a full investigation after a leaked report led to allegations that two of his riders were working with banned doping doctor Michele Ferrari.

Vinokourov, himself a past client of Ferrari and a former doper who served a two-year ban for blood doping, called for the investigation following the CADF’s admission that its report had been leaked to the media.

The team initially declined to comment but Fuglsang and Lutsenko later made statements to distance themselves from the former doctor of Lance Armstrong. Fuglsang denied the allegation of meeting Ferrari in Monaco and stated that he had 'no case to answer'.


"I contest that I have met with Dr Ferrari," Fuglsang wrote on Instagram. "I am not aware of any report and I can confirm no procedure has even been opened by competent anti-doping authorities against me. Accordingly, I have no case to answer. I am extremely concerned that such rumours could be spread out in the press."

On Wednesday, the CADF confirmed that it had commissioned intelligence provider Sportradar to conduct additional research for a report after it "received information in relation to alleged potential anti-doping rule violations".

The anti-doping body also stated that, "after careful review of the elements available, it has not submitted the report to the UCI for the initiation of disciplinary proceedings against the individuals or team in question."

The CADF added that it would launch it own investigation into how sensitive material had made its way into the public domain. On Wednesday, Vinokourov – who once stated that "Ferrari does not mean doping" – added his support to that idea.

"We are pleased that today the CADF issued a statement explaining the situation with the confidential report published recently in the media,” he wrote on the Astana team’s website.

"As it was noted, the organization has not found any confirmed anti-doping rule violations and as a result no disciplinary action has been initiated against either the riders or the team. We respect the activities carried out by the UCI and the CADF in the fight against doping in cycling and consider as absolutely normal to check all, even the most insignificant facts that could put a shadow on our sport. This activity is designed to make cycling cleaner.

"At the same time, we hope that the CADF will conduct a careful investigation of the way such information was made public in order to avoid repeating these situations in relation to any team or rider. The publication of unverified or incomplete information in the media has a detrimental effect on the image of not only professional athletes and their teams, but also of cycling as a whole.

"On behalf of the team, I would like to thank our sponsors and fans for their trust and support in the moment when incorrect and largely unreliable information was spread in the media in the last few days."

Ferrari also contested the allegations put against him in the report, denying that he had been motor-pacing Fuglsang near Monaco and that he was with the team at last year’s Volta a Catalunya.

"I have not had any relationship with athletes from Team Astana for over 10 years,” Ferrari said. “I haven't been to Monaco/Nice for at least 12 years. I have never been on a scooter/motorbike in my entire life, let alone motor-pacing a cyclist. I haven't been to the Volta a Catalunya in 2019. I haven't physically been present at a single race since 1994.

Ferrari was banned from working in sport for life in 2012 in the wake of the US Anti-Doping Agency’s investigation into Lance Armstrong and the US Postal team.