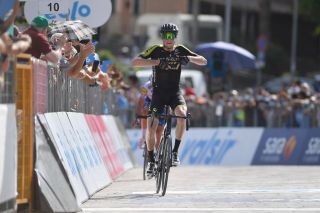 Tirreno-Adriatico is underway in its new, rather bizarre, calendar spot of midway through the Tour de France. There's a quality start list racing in Italy at the expanded eight-day race, though, including three Tour de France champions.

Big names at the start include former Tour winners Vincenzo Nibali (Trek-Segafredo) and the Ineos Grenadiers duo of Geraint Thomas and Chris Froome. Alpecin-Fenix phenom Mathieu van der Poel is another big draw at the race across Italy.

Cyclingnews will be bringing you full live coverage, reports, results, news, interviews and analysis throughout the race. Read on to find out how to watch Tirreno-Adriatico via live stream, no matter your location, with ExpressVPN.

The race will feature a mix of hilly and sprint stages, as well as a summit finish at Sasotettto (11.9km at 7.1 per cent) on stage 5 and a closing time trial in San Benedetto del Tronto.

Check below for all the details of how to watch all the action at Tirreno-Adriatico.

The GCN Race Pass, available on the GCN app, is also airing the race in the UK and Australia. Access in the UK will set you back £39.99 for a year. There's also an option to pay for the Race Pass month-by-month, although the year pass is much better value.

FloBikes are showing the race in Canada. Subscribing to FloBikes will set you back $30 per month or $150 for the year, and gives you access to watch most of the season's biggest races.

The race is also being shown on various broadcasters around Europe, including Rai Sport in Italy, Sporza in Belgium, and on L'Equipe TV in France.

Our sister site TechRadar tested hundreds of VPNs and recommends the number-one VPN currently available as Express VPN. With ExpressVPN, you can watch on many devices at once including Smart TVs, Fire TV Stick, PC, Mac, iPhone, Android phone, iPads, tablets, etc.